NFL WEEK 10: FOUR THINGS TO KEEP AN EYE ON

nfl week 1: four things to keep an eye on

Football is back! Thursday’s thrilling opener between the Cowboys and Buccaneers kicked off the 2021 season in wild style. The weekend features a full slate of games as all teams enter the fray. Months of preparation have gone into readying teams for the 17-game schedule in 2021.

There are several mouthwatering games and storylines on the menu for Week 1. Rookie quarterbacks Trevor Lawrence, Zach Wilson, and Mac Jones all make their NFL debuts. New head coaches such as Brandon Staley and Robert Saleh enter the coaching ranks for the first time, and the return of star players from injury are some of the ingredients that should make Week 1 a slobber knocker.

Who Will Play Quarterback for the New Orleans Saints?

The New Orleans Saints suffered a damaging defeat at home to the Falcons in Week 9. New Orleans did stage a valiant comeback attempt, but it was too little, too late. Principal to the Saints’ struggles was an anemic passing offense. Stand-in quarterback Trevor Siemian played at an acceptable level. However, the Saints still toiled. The overall offensive package looked inadequate, especially in the passing game. Star wideout Michael Thomas is still on the sidelines, and the rest of the Saints’ pass-catching corps is putrid.

Those chickens came home to roost last Sunday. Kenny Stills, Tre’Quan Smith, and Marquez Callaway can’t create separation from defenders. Next-Gen Stats demonstrate that the trio’s average separation yards are 1.55. That is astonishingly bad, considering the league average is over two yards. Siemian is not a consistent tight window thrower; it’s not a strength of his. Add tight end Adam Trautman’s drops, and the Saints aren’t a good passing offense. Therefore, the Saints could pivot to another plan of attack.

Taysom Hill is finally fit and back from a concussion. Hill kickstarted the Saints’ comeback attempt last Sunday. The BYU alum posted a 90.6 QBR, and his gritty, physical running style could open the playbook for New Orleans. Superstar running back Alvin Kamara has hardly featured as a runner this year because he needs to play as a receiver.

If the Saints move to a run-heavy offense, it could hold a rampant Titans’ pass rush at bay. Tennessee uses a lot more sugar in their base defensive fronts as players like Jeffrey Simmons and Denico Autry utilize stunts and twists to devastating effect.

If New Orleans employ a similar game plan this week as they did last, Siemian could get beaten into the ground.

The key for New Orleans unlocking the passing game is unleashing a nasty running attack. The Saints need to move the big Titans front around and keep them on the field for long punishing drives. A backfield made up of Hill, Kamara, and former Texan Mark Ingram could combine to stretch Tennessee. Sean Payton is regarded as one of the great offensive minds, and his record without his starting quarterback is exceptional. If New Orleans is to stay in the hunt for an NFC wildcard spot, Payton might need to break convention yet again.

We Need to Talk About The Patriots

Amidst the chaos of Week 9, the Patriots picked up another handy victory as they routed the Carolina Panthers. With the Bills inexplicably losing to the Jags, New England is now right in the hunt for an AFC East title. Moreover, the conference is exhibiting some erratic play from all teams. Those factors have allowed the Patriots to hang around, and Bill Belichick’s team is quietly improving.

The Pats rank fifth in defensive DVOA. Defensive stability is the bedrock for New England, and this unit faces another stern examination in Week 10. Free from Odell Beckham Jr, the Browns looked refreshed as they dominated the Bengals. It was the best all-around performance from Cleveland this season, and quarterback Baker Mayfield was central to it.

The former Oklahoma Boomer Sooner takes on arguably the greatest defensive head coach in NFL history. Throughout Belichick’s coaching career, he has found a way to stop offenses. From the K-Gun, Greatest Show on Turf, Peyton Manning’s Colts, and Andy Reid’s explosive attacks, Belichick has thwarted them all. Cleveland runs an efficient offense, but they are vulnerable. The Pats’ secondary ranks sixth against wide receivers. They are brilliant at stopping opposition wideouts. JC Jackson, in particular, is enjoying a stellar campaign.

Belichick will prepare his team accordingly. He always has a plan, and now his roster is responding. It is a prove-it game for both teams, and Belichick may relish a tenacious defensive battle. A win here, and the Patriots could vault themselves into contention.

Russell Wilson Is Back

Buried beneath the offseason Aaron Rodgers drama, one can easily forget that Russell Wilson also considered his future with the franchise he calls home. Wilson didn’t aggressively pursue an exit from Seattle, although he did make the front office aware of his unhappiness. Wilson superbly started the campaign as he torched the Indianapolis secondary for an opening week win.

Unfortunately, that game was the main highlight through nine weeks. A dismal overtime defeat to the Titans quickly followed before Wilson injured his finger on a Thursday night against the Rams. Narrow losses to the Steelers and Saints compounded the misery before Seattle rebounded against the Jags ahead of their Week 9 bye.

Seattle is 3-5, and their current position is precarious. The divisional crown looks set between the Rams and Cardinals. Therefore Seattle is fighting for a wildcard berth. Dallas, Green Bay, Tampa Bay, Arizona, and Los Angeles will make the postseason. The Saints and Falcons head up a gaggle of teams still in the hunt. If the ‘Hawks are to crash the party, Wilson must return ready to go from the off.

Seattle’s schedule looks awfully tough. They need to play their divisional opponents, although they also play the Lions, Texans, Bears, and Washington. If Seattle can build momentum, they have a chance. Week 10 sees them take on the Green Bay Packers. The Packers endured a miserable defeat in Kansas City last week as Jordan Love and the offense could only muster seven points.

Notwithstanding that, it is a formidable test for Seattle. Pete Carroll’s side travels to Lambeau, needing to cross time zones and weather climates. Green Bay is notoriously challenging for visiting teams. The last time they met in Wisconsin, the Packers downed the Seahawks in the divisional round of the playoffs.

The Seahawks played tough against the Steelers and Saints. Two one-score defeats without their best player would’ve given them some confidence. Now, Wilson is back, and it is now or never for Seattle’s ailing 2021 season.

Is Mike Zimmer's Time Up? 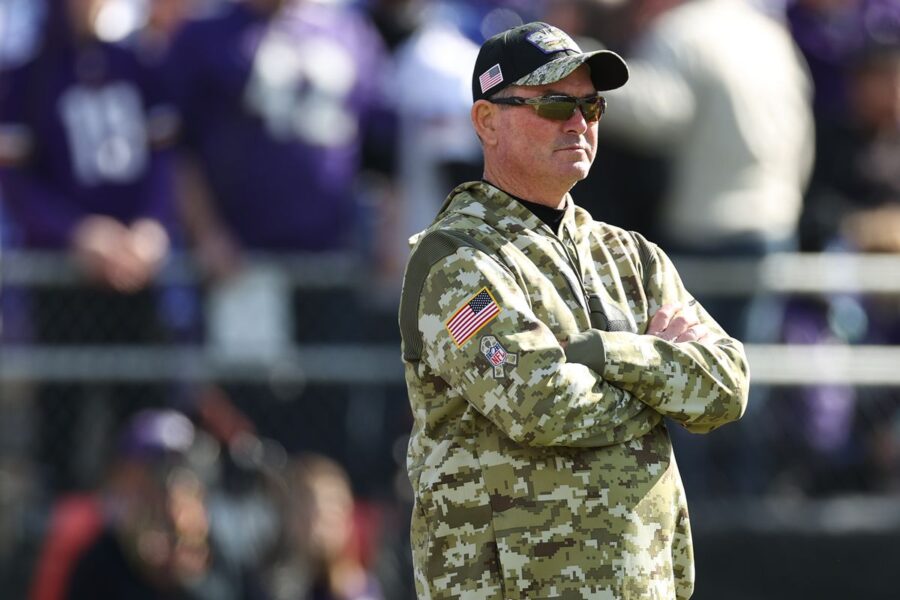 In 2017, Sam Bradford suited up for the Vikings and led them to a Week 1 victory. Bradford would suffer a season-ending injury early on in that campaign, and backup Case Keenum took the reins. The Vikings rode an emotional tidal wave to a divisional title and an NFC Championship appearance. Head Coach Mike Zimmer earned accolades galore as he coached and guided the Vikes to a fabulous season. All of the above fees like a long time ago.

In 2021, Minnesota is 3-5, and is languishing in the NFC North wasteland. The Vikings re-committed financially to several veteran stars in the offseason. Many experts viewed the moves as an extension to their championship window. Sadly, the Vikings are nowhere near a championship. Since the glorious 2017-18 campaign, Minnesota’s not come close to winning an NFC North title, never mind a victory in the NFC Championship game. At 3-5, those championship hopes are gone for 2021, and the fans are starting to ponder Mike Zimmer’s future.

The popular head coach is firmly on the hot seat. The pressure hit a new level as last week saw the Vikings surrender a big lead to the Baltimore Ravens in the second half. The Ravens would eventually fight back to win in overtime, and immediately fingers pointed toward Zimmer. The defensive head coach bore the brunt as fans lambasted him for his conservative offensive plans.

The Vikings are an average offense. They rank 15th in DVOA, despite possessing some truly remarkable weapons and an excellent quarterback. Furthermore, the Vikings’ point differential is +3. What makes that worse is their defense ranks in the top ten for defensive DVOA. Therefore, the defense is doing its job, and the offense fails to capitalize on the chances. Zimmer’s team makes critical errors in high leverage moments, while his risk-averse playcalling squanders opportunities within games. NFL games are won and lost on crucial moments, and the Vikings continue to fail in big situations.

Week 10 matches the Vikings with the LA Chargers. The Chargers are eyeing a playoff berth, and they will back their players to make plays in vital moments. It feels like new school vs. old school as rookie head coach Brandon Staley tests himself against Zimmer. A defeat for the Vikings will end their playoff hopes, and it could end Mike Zimmer’s time in the twin cities.

END_OF_DOCUMENT_TOKEN_TO_BE_REPLACED
Get 20% off PFF ELITE and prepare to win in 2019!