The Bengals made it to the Wild Card game every year from 2011 to 2015, but since 2015 they have not even managed a winning season. Heading into 2019 they had at least managed to win six or seven games in many years but in 2019 under a new head coach they struggled to a 2-14 record. The injury to AJ Green massively hampered the offense with Andy Dalton not having his favourite receiver to lean on.

The season started with 11 straight losses but it did not always look that bad. The lost by just one point in Week 1 to the Seattle Seahawks and things didn’t look so bad for the Bengals. However, that was the closest they would get to a win until Week 13.

Long term quarterback Andy Dalton played his last game as a Bengal in 2019. Initially, he was benched for backup QB Ryan Finley after an 0-8 start. However, after losing three straight, Dalton was back at the helm for the final 6 games of the season. The Bengals selected Joe Burrow with the first overall pick of the 2020 NFL Draft releasing Dalton just a few days later. 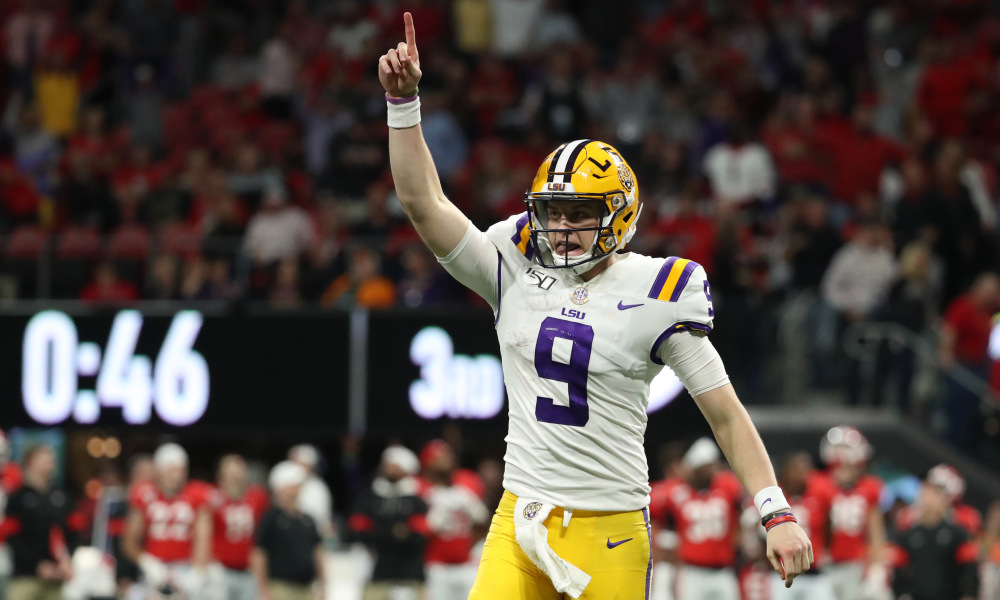 The biggest change in the offseason for the Bengals is the departure of long serving quarterback Dalton. Dalton holds most of the quarterback records in Cincinnati, but he was never able to take the franchise on a deep playoff run. Now the reigns are now in the hands of LSU superstar Joe Burrow, who had one of the best college football seasons in the history of the sport.

The majority of the Bengals offseason took place via the draft. The gave Burrow a new weapon in former-Clemson receiver Tee Higgins, who will give the Bengals a very deep group of receivers. They also added another potential offensive line contributor in Hakeem Adeniji late in the draft.

The remainder of the draft class focused on the defense. Inside linebacker Logan Wilson was added in the third round before they drafted Akeem Davis-Gaither. Davis especially looks to be a great value in the fourth round and is a player who the Bengals can get extremely excited about. Together Wilson and Davis-Gaither begin the transformation of this defense.

Perhaps the biggest loss defensively is Dre Kirkpatrick, who had 302 tackles, 10 interceptions, 2 of them returned for a touchdown and 65 passes defensed as a Bengal. While he was never an elite option at the position, he was someone the Bengals needed to replace with a similar level of experience. 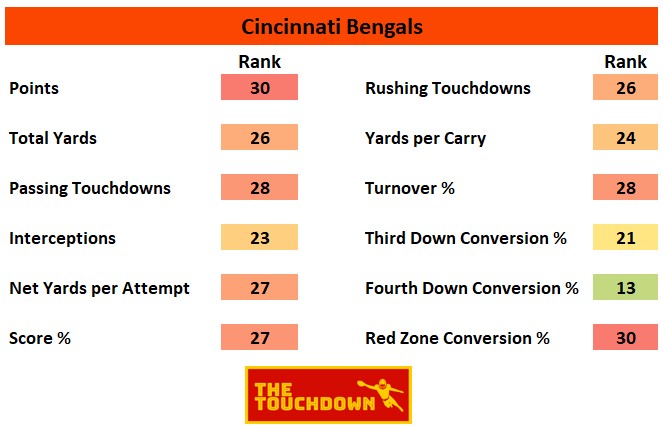 There is a lot of reason to be excited about the Bengals offense this season. After A.J. Green missed the entire 2019 season through injury, he can hopefully return refreshed. If Green is at his best then the Bengals could have a case to have one of the best receiving cores in the entire league.

In Green’s absence Tyler Boyd has established himself as a high-end receiving option, and with Tee Higgins as the third option in that offense they have quality all over the field for their rookie QB.

Joe Mixon is certainly a player who divides opinion but with back-to-back seasons over 1000 rushing yards and 1400 total scrimmage yards he has proven himself a reliable contributor for the Bengals.

The Bengals will be hoping to see improvements from their offensive line, having ranked in the bottom-half in both run and pass blocking in 2019. However, they will get their first-round pick from 2019 in Jonah Williams back this season, which should help improve the group. If their line can make sweeping improvements then Burrow, Mixon and the receiving group could be extremely dangerous in 2020. 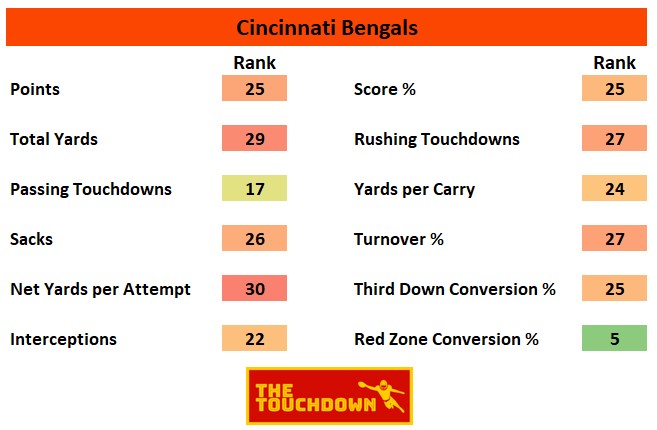 On the defensive side of the ball the Bengals have been busy in the run up to the new season. They have replaced the loss of Dre Kirkpatrick by signing former Minnesota Vikings cornerbacks Trae Waynes and Mackensie Alexander. Waynes, is a solid replacement for Kirkpatrick and has signed a three-year $42 million contract. Alexander has agreed a one-year deal that is a much more affordable option than former cornerback Darqueze Dennard, who signed a three year deal, 13.5 million dollar deal with the Jacksonville Jaguars. The two new cornerbacks will be hoping to have an instant impact in the secondary, forcing turnovers and getting the ball in the hands of their new superstar quarterback.

Upfront the Bengals group is a solid unit that should be able to cause some havoc. Waynes and Alexander are by no means elite cornerback so a lot will rely on the defensive line to create pressure. Behind them they have an inexperienced linebacker group. While that may mean they struggle in 2020, it should allow them to build a solid core as they head beyond 2020.

In Burrow the Bengals have the quarterback that they hope will lead them back to the playoffs. The lack of offseason activities will hamper Burrow’s progress in Year 1, but this project is about more than 2020. The AFC North could be the most hotly contested division in football in the upcoming season, but the Bengals will likely not be involved in that conversation by the mid-season point.

END_OF_DOCUMENT_TOKEN_TO_BE_REPLACED
Get 20% off PFF ELITE and prepare to win in 2019!