Yet another off-season of turmoil in Cleveland with the coaching staff being changed yet again. Freddie Kitchens got the boot after a season which not only saw the Browns lose, but look in chaos while losing. The Browns added a host of talent and could only manage one more win than the previous season. Is there something in the air in Cleveland that just prevents this team from performing how they should?

Baker Mayfield had a disappointing season finishing with only 22 touchdown passes to 21 interceptions. A completion rate of 59.4% and a measly passer rating of 78.8 compounded a tough season. A regression on his rookie year and the inability to get the best out of with star studded wide receivers in Odell Beckham Jr. and Jarvis Landry means that 2020 is huge for Mayfield. Another poor season and he may leave the Browns brass looking into finding his successor.

Finishing third in the division, behind a Steelers team that struggled continuously was an embarrassing season for the hotly-tipped Browns. Right from Week 1 things went wrong for the Browns and it really never got better. 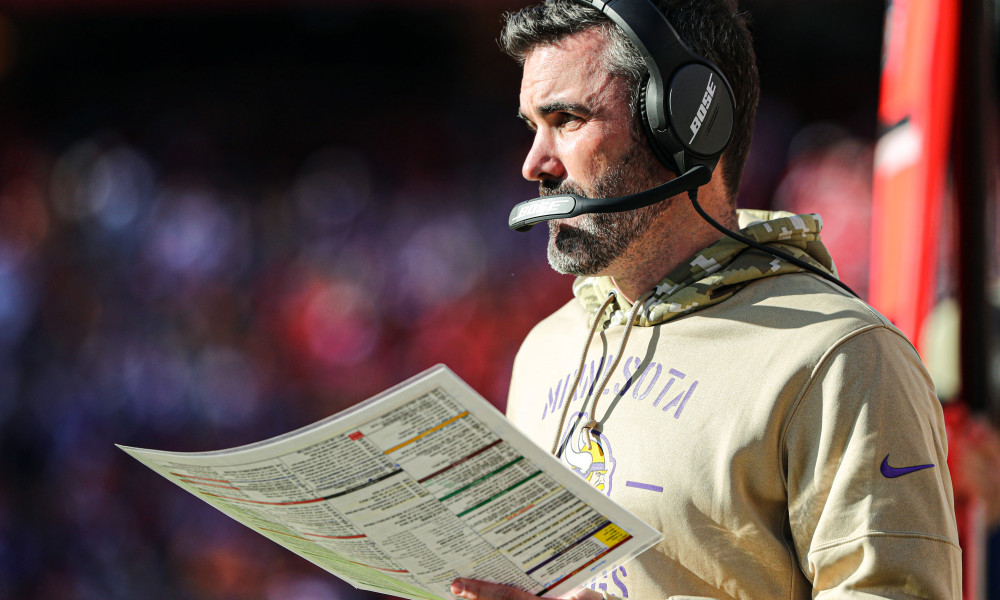 The biggest change in the off-season is the addition of the new coaching staff. In Kevin Stefanski the Browns get themselves a head coach who has the experience of being part of a winning culture. Having been on the coaching staff at the Minnesota Vikings, Stefanski coached in the playoffs in both 2017 and 2019. The Browns haven’t made the playoffs since 2002 and in that time they have gone through 11 head coaches.

The Browns focused heavily on their offensive line in this past offseason. They added Jack Conkin to play right tackle in 2020 before drafting Jedrick Wills Jr. to potentially be the left tackle of the future. These moves should give the offense more stability and allow Mayfield time to make plays and get the ball in the hands of his multitude of play makers.

The rest of their draft class is a mixture of depth pieces with potential upside talent. However, they added a potential star in Grant Delpit out of LSU. Delpit’s star faded significantly in his final year in Baton Rouge. However, if the Browns get the best out of him then he has the potential to be a huge play maker on defense for this team. 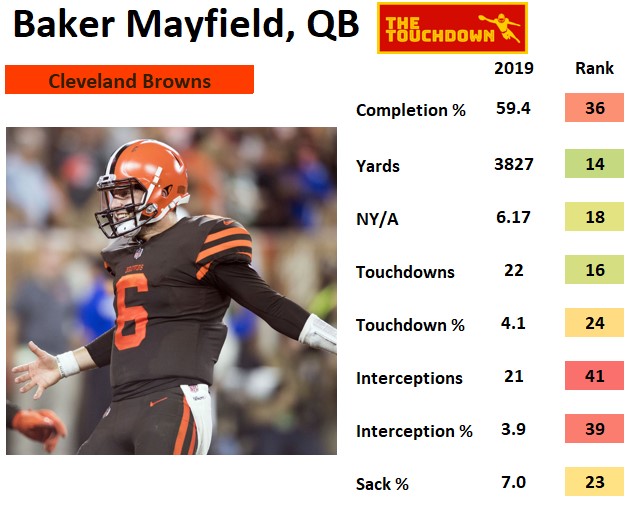 As mentioned earlier the Cleveland Browns have a pretty stacked offense but for some reason just can’t seem to get it all to click. In 2019, Mayfield really struggled with inconsistency and turnovers and was never able to get into any rhythm. A lot of that can be contributed to poor pass protection and the pressure Mayfield was feeling in the pocket.

Stefanski has vowed to create an offense that brings out the best out of the former number one pick and put him in many more comfortable positions. Making his quarterback comfortable in the pocket is something Stefanski managed in 2019 with Kirk Cousins as he had one of the best seasons of his career (3,606 yards, 26 Touchdowns, 6 interceptions, 107.4 Quarterback rating). Something that he will be hoping he can do again with the former Oklahoma star.

The Browns offense will be a different beast if Mayfield can get it going. New offensive coordinator Alex Van Pelt will be looking to come up with a fast-paced, up-tempo offence that Mayfield loves. Unfortunately for the new coaches the delay in getting out on the field and putting their new offense together will mean that the Browns may have to roll out a hybrid offense early in 2020. Stefanski’s presence should enhance the run game for Cleveland, which will ease the pressure on his QB. With Hunt and Chubb in the backfield the third year passer will know he does not have to do it all on his own in 2020.

With Stefanski likely to implement a lot of wide zone running in the offense, new offensive tackles was another need during the offseason.  Conklin will have an immediate impact and is suited to Stefanski’s style having posted a PFF grade of 84.6 on wide-run zone blocking over the last two years, a grade that ranks him third in the NFL. The addition of Wills should further help this offensive line in both the run and pass game. 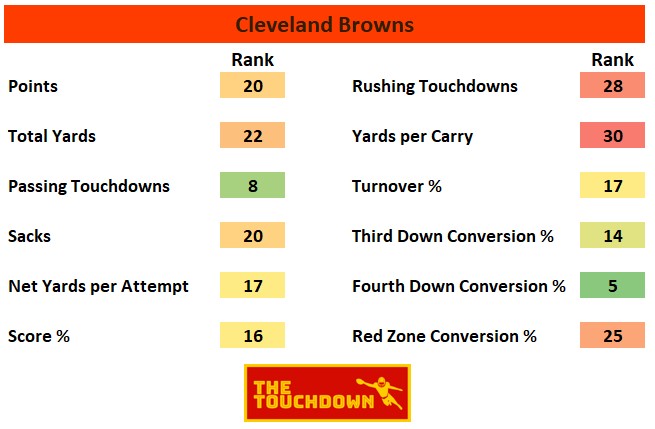 In Myles Garrett and Oliver Vernon the Cleveland Browns have a strong pass rushing duo, who can pressure most quarterback in the league. On top of the pressure the opposing QB feels this pair are also excellent at sealing the edge and stopping the run, both of which the Browns missed when they were unavailable. Garrett managed 13.5 sacks in 2018 and 10 in 2019 (through 10 games). The Cleveland Browns record for sacks in a season is 14 held by Reggie Camp since 1984. If Garrett and Vernon can get it going as a duo in 2019, then this record could have a new holder come 2021.

The Browns secondary is an interesting group. They are loaded with talent and could have an extremely high ceiling. Denzel Ward and Greedy Williams have the potential to be one one of the best cornerback pairings. At safety, Karl Joseph is a high upside player who has not developed in the way the Raiders hoped. The Browns will no be hoping to get the best out of him. If Joseph and Delpit play to their potential then this group could be among the best in the league.

The biggest concern for this team last year was against the run. They have not made significant improvements and their run game defense could be an issue entering the 2020. This has been a problem for the last few years and is an area they may need to address heading towards 2021.

This season will be interesting for the Browns. They are in an extremely tough division and have some tough games on the schedule outside of the division. They have a very talented roster that should be capable of making the playoffs, but whether that will be this season is a different matter. Another .500 season whilst Stefanski settles in but it could be the beginning of exciting things to come in Cleveland.

END_OF_DOCUMENT_TOKEN_TO_BE_REPLACED
Get 20% off PFF ELITE and prepare to win in 2019!