A New era starts with a tough test

Nine months after the beginning of the Steve Sarkisian era at Texas, the Longhorns will finally see their first on-field action under the guidance of their new head coach. Redshirt freshman quarterback Hudson Card will take his first snaps as the starter. The 6’3 dual threat signal caller has a cannon for an arm and has shown some lovely touches in fall camp, but growing pains are to be expected early on. The Longhorns opponents in week 1, Louisiana-Lafayette, will pose a strong threat and have been a trendy pick to repeat their feat of upsetting a Big 12 contender in week 1 after their shock win over Iowa State during last seasons kickoff week.

The Ragin’ Cajuns are led by ‘super senior’ quarterback Levi Lewis. Despite his slight stature, Lewis is electric on the field. The Baton Rouge native threw for 19 touchdowns in 11 games last year and rushed for a further five as he led the team to a 9-1 regular season record and a bowl win over UTSA. Make no mistake, this is one of the sternest tests a Power 5 team has scheduled this weekend.

Texas fans are fervently awaiting the debut of Sark’s new look offense at the 40 acres this year. The group is young and insanely talented and after watching four seasons of local legend Sam Ehlinger constantly hamstrung by Tom Herman’s backwards play calling, Longhorn fans are desperate to see an offense from this century.  The group will be led by running back Bijan Robinson; the Sophomore burst on to the scene last year and should have had twice as many carries. There’s no question that this year he is the guaranteed starter and will be the focal point of Sark’s offense. Robinson ended last year with back to back games with over 170 yards rushing. A repeat on Saturday and Texas probably wins.

The receiving corps are headlined by redshirt junior Josh Moore and true freshman Xavier Worthy. Worthy beat out more established options in camp to take the number two receiver role and the former Michigan commit could add some much needed star power to a group that is thin on the ground.

Robinson, Worthy and Card are the future of the Longhorns on the offensive side of the ball. They have the potential to be one of the best offenses in college football down the road, but Sark and his staff have some work to do before they get there. 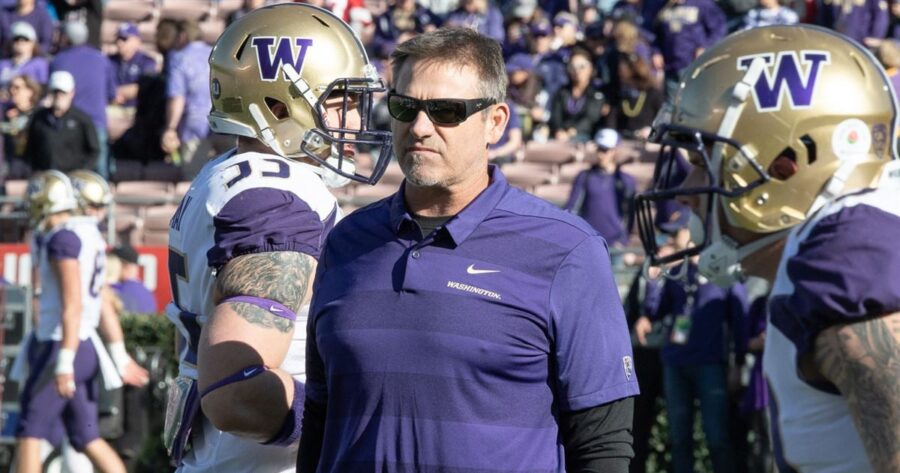 The battle between the Ragin’ Cajuns offense and the Texas defense has the potential to be one of the most mouth watering of week 1. Louisiana returns a lot on offense, but so does Texas on defense. The secondary contains four future draft picks and five seniors in the starting roles. Graduate transfer Brenden Schooler comes across from Oregon and the cornerback pairing of Josh Thompson and D’Shawn Jamison have the potential to be a lockdown duo. The Texas secondary should be nasty for opposing offenses to play against. A match-up against one of the nations most underrated senior quarterbacks is the perfect game to burst on to the scene.

Up front the group is a little thinner but still has star power. Linebacker DeMarvion Overshown is a star, while Keondre ‘Snacks’ Coburn has the potential to ruin an offensive line’s day. Notre Dame transfer Ovie Oghoufo brings experience to the group along with a proven track record at the power five level. Defensive coordinator Pete Kwiatkowski produced some stellar defences at Washington – he has all the tools to do something special in Austin this year.

This is going to be a tough game for the Longhorns – Lewis and the Cajuns have a history of upsetting power 5 opponents. Texas fans will be scarred by what happened in Tom Herman’s first game in charge against Maryland, but this time feels different. The defense is stacked with talent and experience, whilst the offense is young and exciting. The Longhorns have the best player on both sides of the ball in Robinson and Overshown. The bookmakers have the Longhorns as 10 point favourites, I think that is about right.

A Member of the college chaps podcast, alex covers the texas longhorns for the touchdown. a huge longhorns fan, expect him to tell you every week that texas really are back…

END_OF_DOCUMENT_TOKEN_TO_BE_REPLACED
Get 20% off PFF ELITE and prepare to win in 2019!