SEC Media days have lived up to all of the hype and more. As we entered day 4, the final day of the week we eagerly anticipated the words of Auburn’s Bryan Harsin, Tennessee Vols Josh Heupel and of course Texas A&M’s Jimbo Fisher. So as much as the week might have felt it was slowly coming to a close, there was still some fireworks to come! 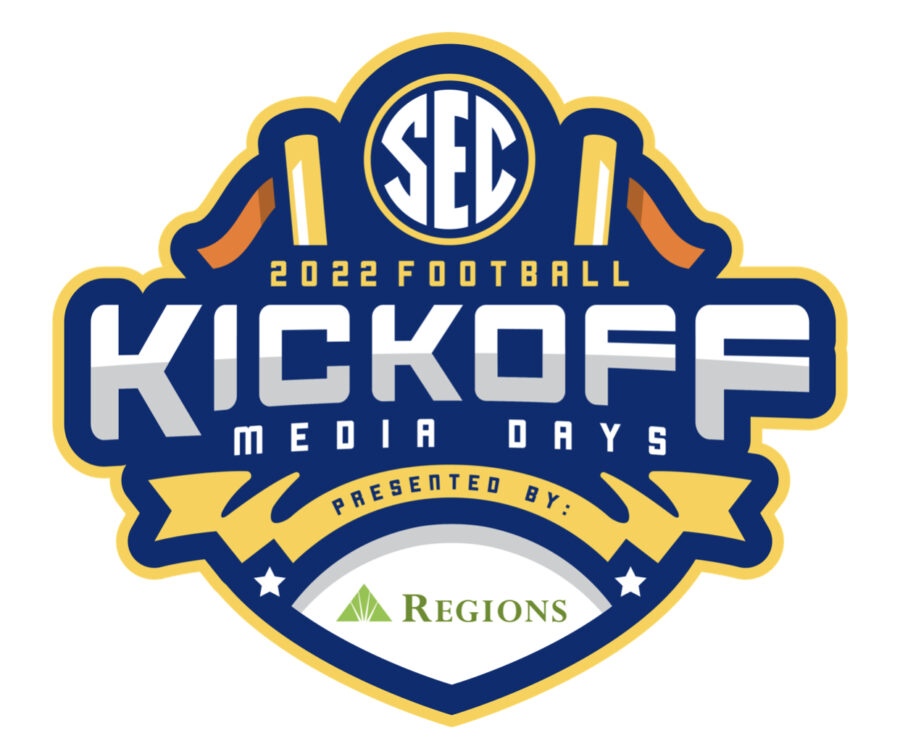 Bryan Harsin’s first year on the Plains was, to be blunt – turbulent.

It started slowly with the Head Coach contracting Covid-19 and the turbulence continued with a story about the Coach and alleged extra marital affairs. The program undertook an enquiry into the allegations and deemed no further action was needed.

But still questions continued to surround the Coach. You don’t need me to tell you that Auburn fans and their boosters are a fickle bunch. In fact the Tiger’s boosters have been accused of years if not decades worth of meddling with the football program. Meaning it was not surprising that Bryan Harsin continued to be under pressure – despite it only being year one in Auburn.

Harsin opened with this. Despite the positive tone that had by and large been maintained throughout the week so far, Harsin seemed in defensive mode. Harsin said,

“Second time here. Excited to be here. I know some of you out there looking at me didn’t expect me to be here at this time. I’m going to dive into that here in just a second, address the gorilla in the room”.

It was clear Harsin was going to come out fighting.

“Going back to what happened back in February, what I’m going to do now is address it. Moving forward, that will be the last time I talk about this subject.

There was an inquiry. It was uncomfortable. It was unfounded. It presented an opportunity for people to personally attack me, my family, and also our program. And it didn’t work.

Right now our focus is on moving forward. What came out of that inquiry were a lot of positives. There was a silver lining in all of this”.

Said Harsin. He clearly wanted to get that off his chest.

He was questioned about it again, to which he responded,

That’s where our guys are at right now. We’re focused on bigger and better things. Like I said, this has brought our team closer. It’s made us, in my opinion, a much stronger football team and program. That will continue”.

It’s hard to say if this continues to be a distraction. Harsin is certainly keen to draw a close to this chapter. And the first game against Mercer will come around in no time. However, Auburn has five straight home games to start the season, giving Harsin and his team the opportunity to build momentum early in the season.

Harsin was keen to play down the schedule aspect, he said

“Home or away, you want to get off to a fast start regardless. It’s great to be in Jordan-Hare Stadium. It’s so unique.

Our stadium, I don’t think there’s a better one in the country. Just being a part of a couple games last season, it’s phenomenal. To be around our fans, to have those teams coming in, playing in Jordan-Hare. We’re excited about that, to have a chance to be home for five straight games”.

Something tells me that Harsin will need all the good breaks he can get this season.

The popular pick to upset the SEC applecart this year is Tennessee. And rightly so. Head coach Josh Huepel has built a fast paced, unpredictable, offensively minded team which is very easy on the eye. They are fast and agile and last year caught a few teams on the hop.

“Last year we broke eight school records on the offensive side of the football. We finished top 10 in the country for tackles for loss. I think we had five guys that were drafted, the most inside of our program since 2017. There’s a ton of excitement….you can feel and sense that energy every single day”.

A lot of the fast paced nature of the offensive play – aside from the coaching staff – can be attributed to quarterback, Hendon Hooker. Hooker who was also in attendance in Atlanta, is fast becoming the SEC’s newest superstar,

His Head coach was quick to heap praise on his young quarterback,

“Hendon Hooker, you guys know his story, a transfer that came into our program a year ago. Earned the starting job. Competed so consistently throughout the year. Grew throughout the year. Has taken great strides in off-season. A young man that had an opportunity to declare for the draft, came back to our program I believe because of the culture we have, the improvements he knew he could make in coming back in helping his career as he steps to that next level after the season is over”.

Said Coach Heupel, who carried on his praise of his quarterback,

“Hendon is a pure winner. He is a great leader inside of our program. I think from year one to year two, that’s one of the things that he’s really been able to gravitate to and grab ahold of, is that leadership component. Everybody inside of our building feels his energy and focus every single day”.

Hendon Hooker came across well during SEC Media Days. Very well and Vol Nation should be excited to see where their quarterback’s game can go to this season.

It is clear that Hooker enjoys leading this Vols offense and why wouldn’t you. He has effectively been handed the keys to Dad’s Cadillac.

“It’s fun to watch and fun to play in. It’s fast and up-beat. It speeds up your thought process. A lot of repetition comes with that. Being a quarterback in this offense is cool, because you have full control.”

said Hooker when asked of his thoughts on playing in this Vols offense.

“Honestly, I only want to run when I have to. I love getting the ball to my players and letting them be play makers. I will give everybody else the ball before I run it. Really, whenever I need to or I’m in the position the team wants me to, because I will do what it takes to win.”

While Hooker’s name is not being shouted from the rooftops as a likely Heisman candidate, I think it is entirely possible that Hooker could be in New York in December. Much will depend on how well the Vols live up to the hype. But anything between an 8 or 10 win season I think gets Hooker an invite. Prove me wrong!

Ps – one other thing about Hooker that sets him apart. While he was fine with talking about NIL, he was incredibly proud and excited to talk about the children’s book that he and his brother, Alston had written. It’s called “The ABC’s of Scriptures for Atheletes”. At no time was his smile bigger than when talking about this.

Greg Sankey decided to leave Jimbo Fisher until the last. The very last. Deliberate or luck of the draw? Hard to tell. Arguably Nick Saban and Jimbo Fisher couldn’t have been much further apart on the attendee list if they had tried. And given the lack of pointed questions directed to Nick Saban about his now infamous fall out with Jimbo, Fisher’s appearance was eagerly anticipated. Would the press ask about NIL and Saban? Well, yes they would. In fact first question. Jimbo answered in his usual machine gun fire delivery.

I have great respect for Nick.

Unfortunately, our thing went public. Sometimes that happens in this world. Nothing is private anymore, is it?

Anyway. But, no, have great respect from Nick. We all learn from him. We all will learn, like I say, he will learn, hopefully I learn from things we do and say, and we move on from there.

But I have great respect for him and their program like always”.

Second question was about the staffer caught on camera talking about boosters while giving a tour of Kyle Field. Jumbo was asked to explain,

“No, that’s not what he said….what he meant was, “the guys behind those seats is what paid for your program”. That was the donations and boosters and how he said it and how he spoke. Do we all have NIL? Yes, we do. But that’s what he was meaning. It’s a transfer thing that we say with all recruits. The guys behind those things are the guys who pay for our program, what we do, the donations. That’s what it was. He had been here one month”.

This was not the defensive, argumentative Fisher that we had seen a few weeks back. Texas A&M have learned their lesson from that situation. This was a PR exercise. However the mood was lightened a little when a member of the press, who introduced himself “as someone who transcribes for a living” asked Jimbo why he talks so fast. As someone who has also tried to transcribe Jimbo’s comments, this was a question close to me heart. It also drew laughter from around the room, including Fisher. Fisher responded,

“Got to get the thoughts out. How long you want to be here?”

to which Jimbo let out a loud laugh, before talking slowly,

” If I talk slow… I give you lots of information in a short amount of time”.

Going back to his rapid fire pace, he continued,

“I’m a reporter’s dream. Daggum, huh? How can you all be complaining about that?

I could be slow and drawn out, let me think about it, where we’re going, what we’re doing. You want me to do all that?

Heck, I get you in, I get you out. You know what I’m on, on a limited amount of time I’m used to in coaching. You only so much time with a player, stupid 20-hour rule. You get a one-hour meeting. You have to get in as much information as you can”.

Which I think means we all should be grateful for the time saved. Thank you Jimbo!

END_OF_DOCUMENT_TOKEN_TO_BE_REPLACED
Get 20% off PFF ELITE and prepare to win in 2019!