Using the numbers from the last three weeks, what should we be looking out for in Sky Sports’ Week 4 Sunday 6pm offering.

Last week we had the undefeated showdown in Kansas City, this week we have the clash of the 3-0 teams in the AFC East. The Patriots will have surprised no body with their performances so far, but not many will have expected the Bills to be undefeated with the Patriots coming to town. Now they go head-to-head in a game where we may find out an awful a lot about both of these teams.

This season we here at the touchdown want to help you understand more about what you can expect or are seeing if you choose to watch the full game on Sky as opposed to Red Zone. You can check out the superb piece by Tyler Arthur about how to see what the QB is seeing from your couch here. Each week I will be taking a look at the stats from this season and last, and helping you understand what to expect on Sunday.

Using these numbers, we will try and get a feel for how the teams might attack each other. What elements will be crucial in deciding the outcome, and what might be a bluff? Additionally, each week we will look at those all-important third down and Red Zone numbers. Along with turnovers they are the most crucial statistics in the game of football. Prolong drives and score touchdowns when you get inside the 20 and you stand a good chance of winning. Settle for punting and kicking field goals and you are fighting an uphill battle.

Let’s take a look at our Week 4 6pm contest as the New England Patriots head into Buffalo to take on the Bills.

Which version of the Patriots will we see?

This season started with everyone expecting the Patriots to run the ball down teams throats repeatedly. After destroying teams late last season with the run game many expected them to pick up right where they left off. Well that has not materialised so far. Despite having the sixth most rushes so far in the NFL, the Patriots have struggled to find efficiency. They rank just 28th in the league in yards per attempt, which is a long way below where they would want to be. The bonus is that the Bills defense ranks just 19th in the league when it comes to rushing yards per attempt against them.

The Patriots may also need their run game, because the Bills pass defense is solid. The Bills rank third in the league defensively in net passing yards per attempt and interceptions. Therefore, despite the Patriots ranking fifth in the league in passing touchdowns and fourth in net passing yards, they may need to look elsewhere to move the ball in this game. This is going to be a completely different test for a Patriots offense which has barely been tested through three weeks. 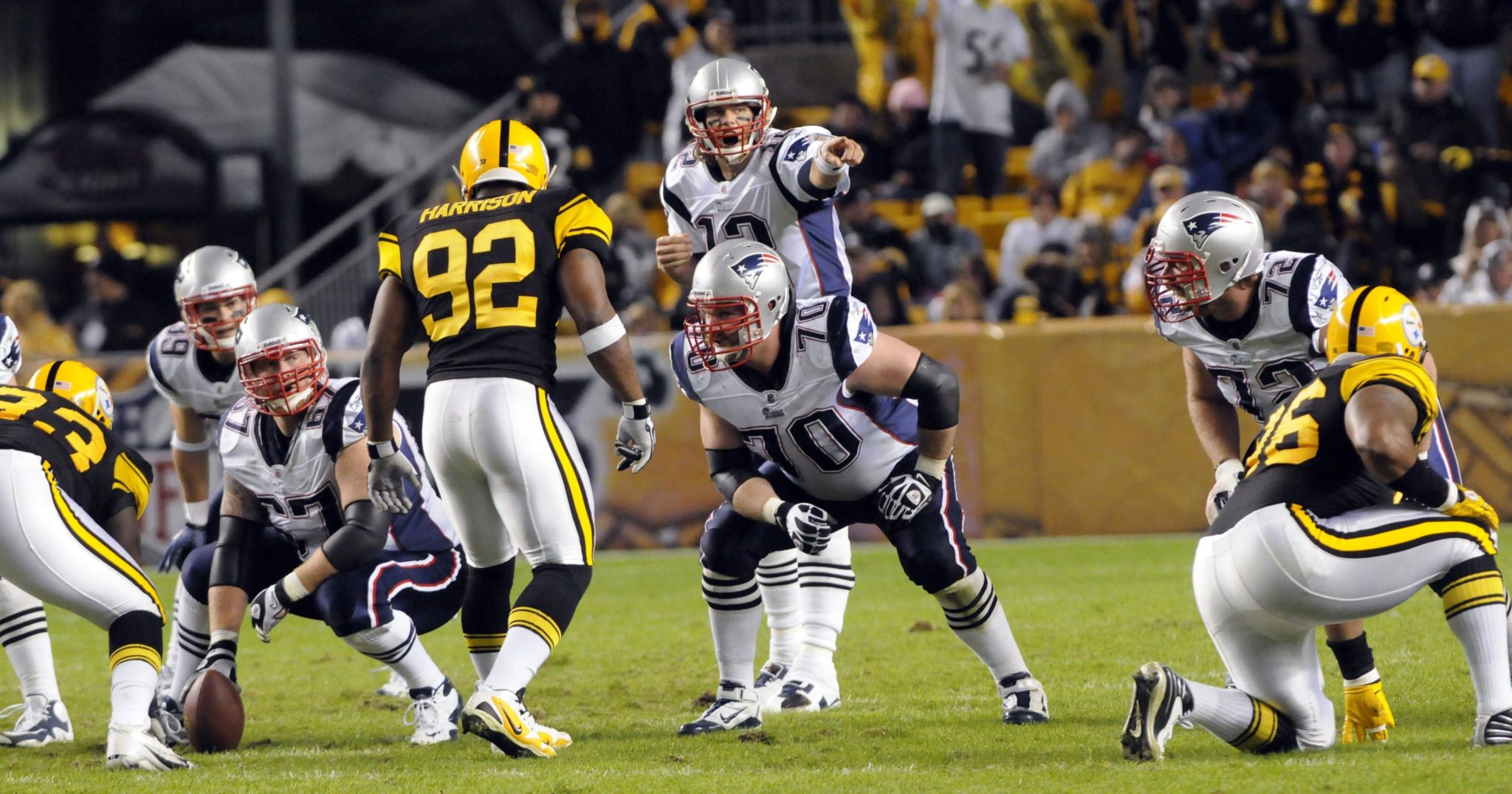 The Bills offense has had success this season. They rank top-10 in most rushing statistics, which has helped cover a passing offense which sits pretty much in the middle of the pack. The problem for the Bills is they are facing the best defense statistically right now in the NFL. The Patriots defense lead the league in the following categories:

That is a daunting task if you are designing the offensive game plan of the Bills. The Bills have leaned on their run game a lot this year, which means it is almost certain Bill Belichick will have him team keying on the run in this one. Therefore, the attention will turn to Josh Allen. If as I suspect the Patriots jam up his running lanes, will he consistently be able to pass his way through this Patriots team?

The other question is; can the Patriots find a way to stop the run and the big passing plays. With the likes of Zay Jones and John Brown on the field the Patriots will need to be super wary of leaving their corners one-on-one without deep help. The Bills may need to be willing to take some deep shots early to push this Patriots defense back from the line of scrimmage and open up the run game. That opens them up to mistakes, but it also may present their best chance of winning.

Keeping the opposing defense on the field and tiring them out will be key. Both of these teams are top-10 when it comes to average plays per drive allowed. Therefore, third down will become extremely vital. The Bills have done well defensively, allowing third down conversions on just 32.5% of attempts. In a similar vein they have converted on 41.7% of conversions, good enough for 14th.

The bad news for the Bills is that the Patriots are even better at it, on both counts. Defensively they rank top of the piles with a conversion rate of just 12.8% on third down. Offensively, they rank just inside the top-10 with a 47.5% conversion rate. Now obviously something has to give as the Bills defense and the Patriots offense both rank top-10 in third down conversion percentage. The Bills defense has to win that contest if the Bills are going to stand a chance. It will be a lot to ask Allen and the offense to consistently convert third downs on this Patriots defense. The Bill defense need to give him every chance to score in this game.

The Bills finally win when it comes to offensive red zone conversion rate, ranking fourth with seven touchdowns in nine red-zone trips. The Patriots in contrast an only boast a 54.5% number and have had some kicking woes on top of that. The problem for the Bills is the Patriots defense is not only yet to allow a touchdown in the red zone. They are yet to allow a single touchdown to an opposing offense! In contrast, the Bills have allowed their opponents to find the end zone every time they have entered the red zone. Those final two sets of numbers do not make good reading for the Bills.

BEN IS THE HEAD OF NFL CONTENT FOR THE TOUCHDOWN. YOU CAN ALSO FIND HIS WORK AT; FFSTATISTICS, PRO FOOTBALL NETWORK & ROTOBALLER. FOLLOW BEN @BENROLFE15 ON TWITTER.

END_OF_DOCUMENT_TOKEN_TO_BE_REPLACED
Get 20% off PFF ELITE and prepare to win in 2019!