The NFL Draft is in the books. And whilst it is far too early to assign grades to these draft classes we can look at how they have affected team’s rosters and the outlook for each division ahead of the upcoming season.

We continue this series with a look at the NFC North: 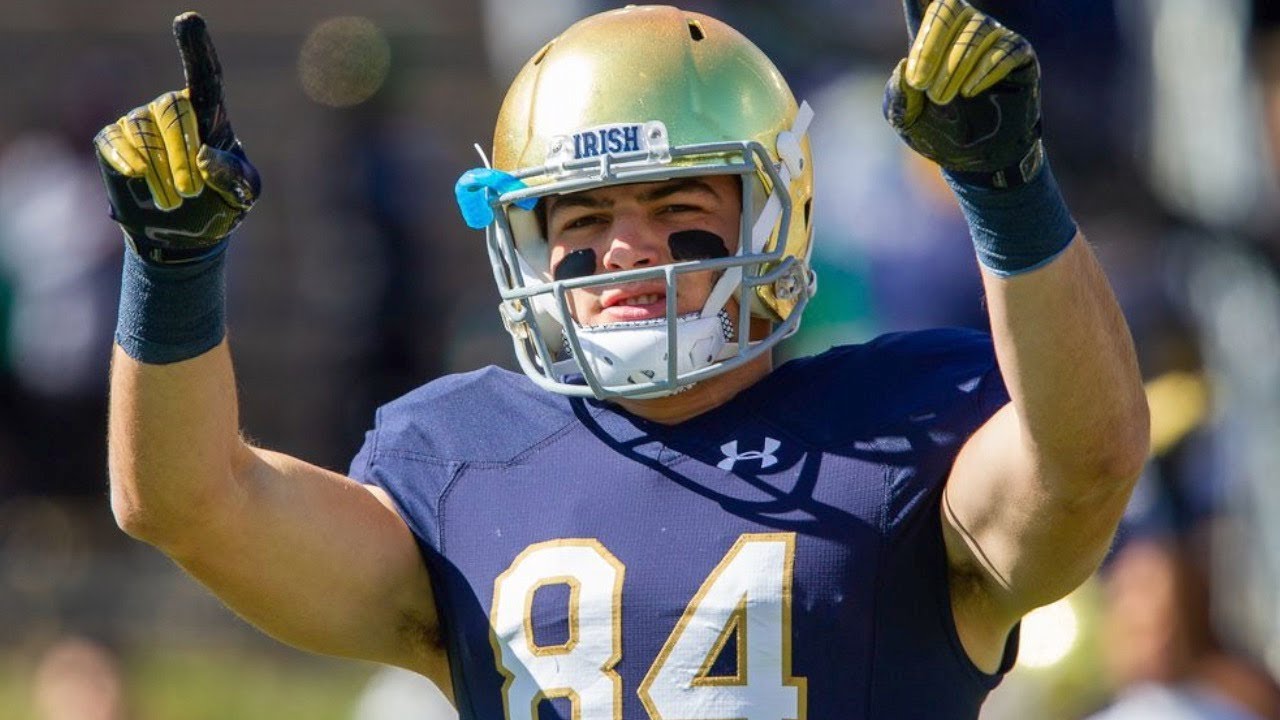 2019 was an anti-climax for Chicago Bears fans. Fresh off an impressive debut season for head coach Matt Nagy, things fell apart in the Windy City. Mitchell Trubisky regressed in year three – so much so that not only did Ryan Pace bring in Nick Foles for a fourth round pick, but they declined the fifth year option on Trubisky’s rookie contract too. With too much draft capital and money invested in the quarterback position it was unsurprising they didn’t bring one in on draft weekend, but questions under center still remain.

Despite no first round pick, the draft offered the Bears faithful some solace. Tight End has been a problem position for this franchise since Martellus Bennett left town, and Jimmy G is nobody’s idea of the answer. Cole Kmet is a tad raw but has shown capability as a receiver and a run blocker. His all-round game should help this offense improve. Don’t sleep on Darnell Mooney either who impressed our Group Of Five expert Rebecca Rennie last season at Tulane.

One difference between 2018 and 2019 was the erosion of the Bears’ secondary. With the free agent move for Artie Burns and the selections of Jaylon Johnson and Kindle Vildor the back end of the defense got a much needed fillip. Johnson has the length and ball skills to thrive on the outside, whilst Vildor brings the tenacity needed to line up as a nickel/slot corner.

I’m not quite sure that Matt Patricia is the head coach of the Detroit Lions this time next year, but the organisation has to be happy with how draft weekend unfolded. Even before Slay left town The Lions were in the market for a shutdown corner, and in Jeff Okudah they got the best one in the draft. He’ll pair with Desmond Trufant in this new-look secondary. This defense was also derided for a lack of pass rush opposite Trey Flowers last year, so bringing in sack specialist Julian Okwara should see their stats improve. Okwara isn’t a three down edge setter but knows how to get after the quarterback on passing downs.

Can this organisation ever have too many running backs?! The selection of Swift leaves us in no doubt as to The Lions opinion of Kerryon Johnson. Swift is a major upgrade – for most people the best three down ball carrier in this draft. With this move and the back to back selections of interior linemen there is a clear focus on alleviating some of the pressure off Matthew Stafford.

A 5th round pick on the under-appreciated Quintez Cephus is a steal. He’s a competitive pass catcher who is dangerous with the ball in his hands and can play inside or out. He should complement Golladay and Jones in this passing attack nicely.

Who saw this coming? Yeah, me neither. The trade up for Jordan Love, and subsequent focus on the ground game, tells us that this organisation is readying itself to move on from Aaron Rodgers. Don’t panic Packers fans – it shouldn’t be for a couple of seasons yet, although how Rodgers adapts to being on the clock will determine just how fast time flies. In the meantime, a draft that for most was supposed to add weapons for their future hall of fame quarterback instead concentrated on life after him.

The offensive line has been a strength of the Packers for a while, but with the departure of Bryan Bulaga and age creeping in Brian Gutekunst was always going to add depth. Three back to back picks in the sixth round did just that – if even one of them becomes a reliable starter it’s a bonus for this offense. Adding behemoth ball carrier AJ Dillon to Aaron Jones and Jamal Williams will see a transition to a run-first offense that Matt LaFleur is used to co-ordinating. Another reason for Rodgers to feel aggrieved but a necessary step if this team is to transition into the dynamic, versatile attack the new regime envisions.

The one weapon Rodgers did receive is a sneaky good one. Josiah Deguara is a multi-faceted tight end that can line up inside, outside or in the backfield. Expect LaFleur to get creative and move him around the offense to help create mismatches.

Fifteen picks is a lot, and to nail it in the way that Rick Spielman did was impressive. The Vikings entered the draft with very distinct needs at receiver, corner, tackle and edge, and with some clever board manipulation managed to get viable starters at each position. A stroke of fortune saw Justin Jefferson fall to them at 22 after the Eagles opted for a different kind of receiver. Minnesota fans should rejoice – Jefferson is a chain mover who catches everything thrown his way. He’s different to Stefon Diggs but nevertheless provides a top-level weapon opposite Adam Thielen.

Trading back and getting Gladney was a masterstroke from Spielman, and adding Dantzler in the third round gives Mike ZImmer two cornerbacks built in his image. They’re feisty, competitive and most importantly can tackle. With Rhodes, Waynes and Alexander all gone both these guys have a chance to start day one.

All the way down this draft class there is depth and starters, including Cleveland, Wonnum, Lynch and Dye. A special mention to 7th round selection Kenny Willekes though, who might not have the measurables but got the job done every time he lined up for Michigan State. If he shows half the production he did at college he’ll be considered a steal. Congrats Vikings fans – nobody improved their roster more than you on draft weekend.

previously the founder of nfl draft uk, simon has been covering college football and the nfl draft since 2009. based in manchester, simon is also co-creator & weekly guest of the collapsing pocket podcast.

END_OF_DOCUMENT_TOKEN_TO_BE_REPLACED
Get 20% off PFF ELITE and prepare to win in 2019!