It's the start of the second quarter, and The Touchdown's Thomas Willoughby is back to see who's pulling ahead, and who has ground to make up.

Through Week 5 of the season means we are truly into the serious part of the season. Teams are starting to have their bye weeks, injury reports are becoming more full, and freezing cold takes are in their absolute element exposing anyone who dared share an opinion online. This entire series is just setting me up for years of “well this aged well”ism oh boy I can’t wait. 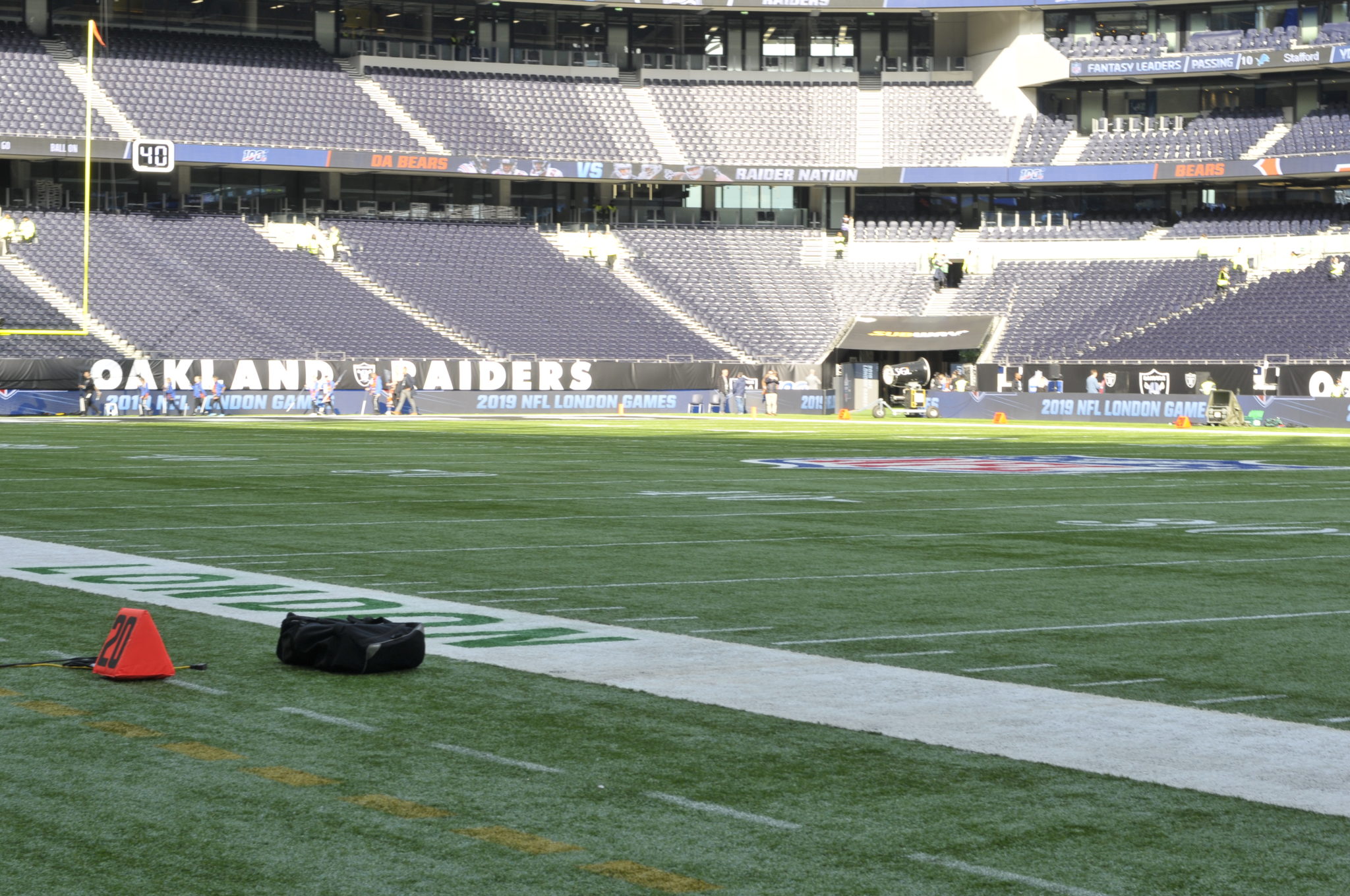 A strange one to kick us off this week, but the overwhelming positivity surrounding the new Tottenham Hotspur Stadium has not gone unnoticed. This weekend saw the first of what will become two regular season games (with one added one season to make up for last seasons debacle) at the new ground, and UK fans absolutely revelled in their new pad.

Wembley Stadium may have been where it all began, but something about the home of English Football has always felt…off. Be it the design, be it the sheer vastness of the beast, but Wembley Stadium’s greatest asset has always been its transport links as opposed to the stadium itself. In the two season detour at Twickenham, fans noticed that, while significantly out the way, and slightly cold, the overall atmosphere felt improved thanks to just how close to the field the fans were.

Fans on Sunday were treated to a little of both. While transport links in the area are less than perfect, the in game experience more than makes up for it. The decision to build a ground with NFL specifications in mind has proven to be a master stroke by all at Tottenham Hotspur. A sizzling atmosphere generated by the attending Bears and Raiders fans swelled to a deafening peak on third down stops, and toe-tapped first down pick ups. The field, once plastered in patches of mud and torn grass, a crisp green artificial turf. Having been lucky enough to experience a game in the States, and multiple on home soil, I am delighted to report that Sunday night felt every bit the “real deal”.

Ben has penned a full breakdown of the evening, but this coming Sunday’s all-NFC South tie quickly went from a happy jaunt to required viewing, thanks to the new ground. To those who designed White Hart Lane’s successor: bravo to each and every one of you. To UK NFL fans yearning for validation in the wider view of sport: Welcome Home.

We’re over a quarter of the way through the season now, so we are officially in a position to scrutinise ourselves. As such, there is likely to be some affirmation of our previous ups and downs, or the recalibration of ones we whiffed on. One team I’m glad to say has stayed the course, thus far, is the San Francisco 49ers, who I picked as a team “Trending Up” in Week 2.

They may have played some real dross opponents over the first four weeks of the season (a combined 5 total wins between their four opponents), but Kyle Shanahan’s bay area behemoths are finding it easy right now. On Monday night football, against a Browns side that are supposed to be defensively sound, the 49ers ran the Browns into submission. Matt Brieda and Tevin Coleman alone combined for over 200 yards, notching a touchdown each on the ground. Jimmy Garoppolo may have failed to surpass 200 yards passing, but he didn’t need to. The 49ers made it look easy.

A key thing to take into account with this side’s fortunes, and the reason we’re not all in just yet, is the ease of schedule. The Rams will put up a sterner test than that they’ve faced thus far, but it’s difficult to argue that they’re actually much worse than anyone they’ve yet to face. If there’s any time for the 5 time Super Bowl winners to make a run at the top of the table, this is the season.

Heading back to London, and I can’t help but be impressed by the manner in which the Oakland Raiders not only threw away a three score lead, but how they responded. In fact, it feels like it’s something they’ve been doing all season. Falling to 1-2 isn’t great, though you can take solace when the teams beating you are the Chiefs and the Vikings. But beating Jacoby Brissett’s Indianapolis Colts, a team on the rise, and then going across an ocean to beat the highly vaunted Chicago Bears defense takes some doing.

I won’t dwell too much on this one seeing as, again, Ben put together a full write up, but the Raiders managed to execute on all three phases of the game consistently. A third quarter to forget let the Bears back in, but credit where it’s due to Jon Gruden for trusting his young guys to get it done. A pick with less than two minutes to play essentially ended the tie, and the Raiders go into their bye week 2nd in the AFC West, and well in the race for a playoff berth. The black hole may be about to become a dark horse in the AFC. 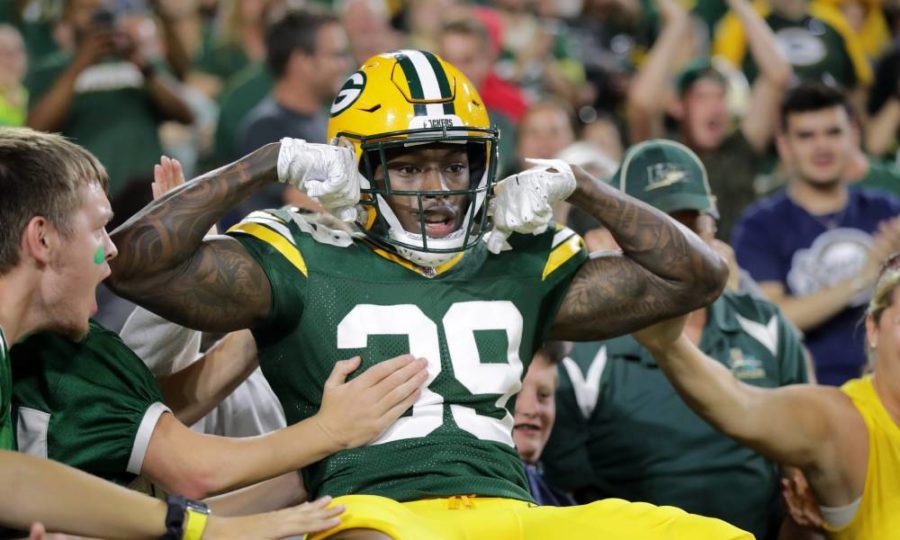 At the top of the piece, I mentioned that we’re in prime time for looking at old picks with fresh eyes. The Dallas Cowboys are one buy that we may be feeling some remorse over. An “Invest Heavily” candidate in week 3, the Cowboys have lost two on the spin to sides they could rightly consider rivals, and boy is my face egged.

Listen, the Saints…I’m not talking about the Saints. But the Packers?!? 34 points given up, exactly 0 of which came from the arm of Aaron Rodgers, is a worrying sign for God’s (alleged) favourite team. The scoreline doesn’t even reflect just how one sided this game was. All of the Cowboys 24 points came in the second half, and they all came when the game was basically out of reach. Props to Aaron Jones, though, for finally making good on his pre-season fantasy promise.

I’m not saying drop the Cowboys completely. Absolutely not. But the past two weeks have felt like a reality check. There are some issues, on both sides of the ball, that need to be fixed. Especially if they want to go deep into January. Heading to the Jets is the perfect way to remedy those issues before a monster Sunday night clash against noisy neighbours Philideplhia. The race for the East is about to heat up.

In week two, I stated the Chicago Bears defense “should give them the opportunity to win every single week, even if their offense doesn’t take it.”, and I absolutely stand by this. The team, as a whole, however, is seriously being hurt by said offense.

The Bears may have been totally hopeless in the first half of the game, but that wasn’t the fault of the defense. Offensively, Chicago managed 0 points, an interception, and 29 TOTAL YARDS. The side was a pure joke. AJ Tracey must have sparked a fire in them to rally in the third, but the game was sealed with a fourth quarter interception by Gareon Conley.

Defense may well win championships, but only if the offense takes the chances given to them. The Bears head into the bye at 3-2, certainly not an awful place to be, but feeling like a side in a significantly worse situation then theirs. Fortunately for them, first round Quarterback, Michell Trusbisky, should be back soon. And then they have the small matter of hosting the New Orleans Saints- oh they’re gonna lose that one as well aren’t they.

Last week I was forced to write about my own team. This week, we have to take it one step further. The Atlanta Falcons scored 32 points on Sunday, and were blown out by the Houston Texans. That once glowing Atlanta Falcons defense is over. It’s broken beyond repair.

The warning signs have been there from the beginning. Their inability to stop the run in week 1. Unable to really hammer home the win against a completely injured Eagles side in week 2. The inability to stop Jacoby Brissett from completing passes in week 3. Their inability to tackle anyone on a really average Titans side in week 4. And now this. 53 points conceded; the most the Falcons have given up since 2004. This feels like a joke, and the punchline is me.

Last season the defense was comically awful, but we could at least point to injuries all up the spine as to why. This season there is no such excuse. Dan Quinn took the mantle of Head Coach/Defensive Coordinator, and the defense has gone backwards 15 years, apparently. When your opponents are calling you “pretty basic”, you’re doing something wrong.

At 1-4, it feels like it’s over the Falcons in 2019. If they can somehow rally and find a way to beat two of the Cardinals, Rams, and Seahawks, they probably stand a chance of turning it around thanks to their second half schedule. The reality is, this is my coping mechanism. Rationalising ways it’s not over just yet. It feels over, though. And, with that, will likely come the uncertainty of a General Manager and Head Coach recruitment drive. I hate it.

END_OF_DOCUMENT_TOKEN_TO_BE_REPLACED
Get 20% off PFF ELITE and prepare to win in 2019!