Week 3 is when things really start to get clear. We’re just early enough in the season that you can internally rationalise how your teams bad start can still be turned around, but removed enough from pre-season to start to see what a team will really be like. This is where you make your money as a have-a-go investor such as myself. You’re either going to be left red faced after dealing out some bad advice, or start to see reward for your investment. Either way, this is it; the start of the rest of the season.

Kicking us off is a member of the 3-0 club. The Dallas Cowboys are undeniably good on offense. While I will caveat that statement by saying that they’ve been playing some really, really not great teams. However, they sit atop the NFC East, having put up over 30 points in all three wins.

Having turned around a fairly average 2018 mid-season to reach the playoffs, the Dallas Cowboys have become something of a joy to behold. Dak Prescott (heavily underrated, by the way) is carving teams apart at will. Ezekiel Elliott is averaging over 5 yards a carry. What has been a pretty tedious system over the past few seasons has exploded under Kellen Moore, and we are now seeing why their QB1 wants to be paid as such. And the best part? I (kinda) predicted this. The boy Willo might know a thing or two, y’know.

There are sterner tests on the horizon, with New Orleans and Green Bay back to back in the next two weeks, but this side is on a tear right now, and I can’t see it stopping soon. Get on the wagon while you still can. 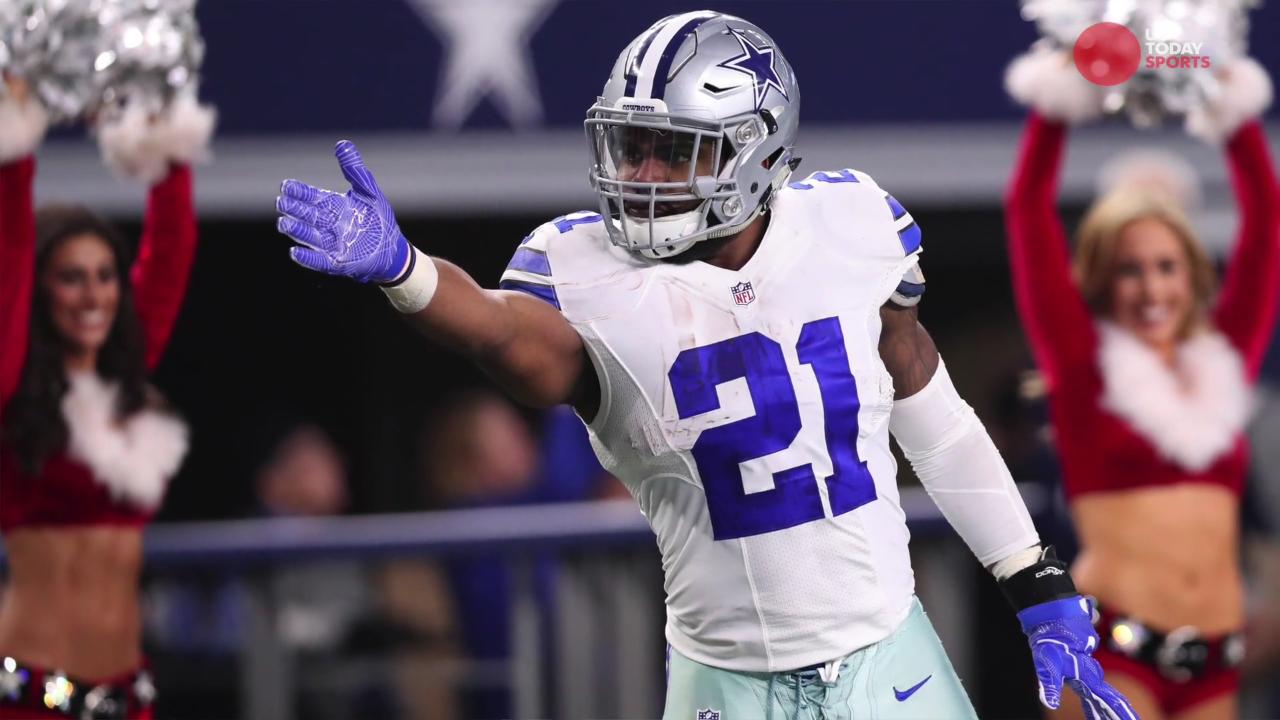 Last week I suggested you should keep an eye on the Indianapolis Colts. This past weekend, your watchful eye would have been rewarded with one of the most effective performances Jacoby Brissett has put together in Indy.

Brissett was in a pretty unenviable situation when he was traded from the Patriots. The 2016 third round pick had one career start before being traded for Phillip Dorsett, and was put into a Colts side that had managed to essentially kill Andrew Luck. Brissett himself barely survived. A season behind Andrew Luck, and a vastly improved offensive line, have put Brissett in a position to win games, rather than just play them close.

28/37, 310 yards, 2 touchdowns, and 0 interceptions helped put the Colts into a position to fend off a Falcons side threatening to overturn a 21-3 half time lead. Most impressive was Brissett’s perfect start, going 16/16, with a touchdown, before missing the mark. In fact, Brissett’s season as a whole is looking very, very solid, with over 600 passing yards, with a TD/INT ratio of 7/1.

In a division as even as the AFC South, Quarterback play could be the difference between a playoff berth and staying at home in January. For the Colts, Brissett might well be that difference.

While you could be forgiven for writing off the Jaguars season entirely (see last week), you can’t help but admire the spirit of those suiting up each week. My friend Tyler wrote about Gardner Minshew last week, but his favourite target D.J. Chark is emerging as one of the hottest wide-outs in the league right now.

Chark, a second round pick out of LSU last season, wasn’t supposed to be the focal point of the Jaguars air offense. And, yet, here he is. In two games, he had surpasses his rookie total yardage. In three, he’s caught 15 of 18 targets. Chark is the Jaguars leading man right now, and his ceiling is ascending ever higher with each passing week.

The Broncos should give us a true indication as to just how good Chark could be. If the 23 year old can overcome a stingy Broncos passing defense, the hype will only grow bigger.

Being a Head Coach isn’t easy at the best of times, but being the Head Coach of a side with 25 years of pent up expectation must be even more difficult. That is the position rookie Head Coach, Freddie Kitchens, finds himself in at the Cleveland Browns.

Kitchens’ name was made, really, following a very solid back half to the 2018 seasons. The Browns went 6-3 following the firing of Hue Jackson, with the offense playing a major role in their successes. Kitchens, Interim Offensive Coordinator over these 9 games, was credited with a lot of this success, and was hired as Head Coach at the seasons end. Fast forward nine months, and that same man is dialing up a running back draw, on 4th and 9, basically giving the Los Angeles Rams at least a field goal. Despite reaching the Rams 4 yard line late on, knowing a touchdown would win the game, Kitchens somehow managed to by-pass All-Universe receiver Odell Beckham completely.

Kitchens’ Browns sit 1-2. All I can see when looking at that team is just how similar a scenario Cleveland have created to the Buccaneers only a few seasons ago. A hapless Head Coach (Lovie Smith) canned in favour of a guy who managed to get production out of their first overall Quarterback (Dirk Koetter), hired because they were terrified of another side hiring him. Let’s just hope Freddie doesn’t turn Baker Mayfield into Jameis Winston. 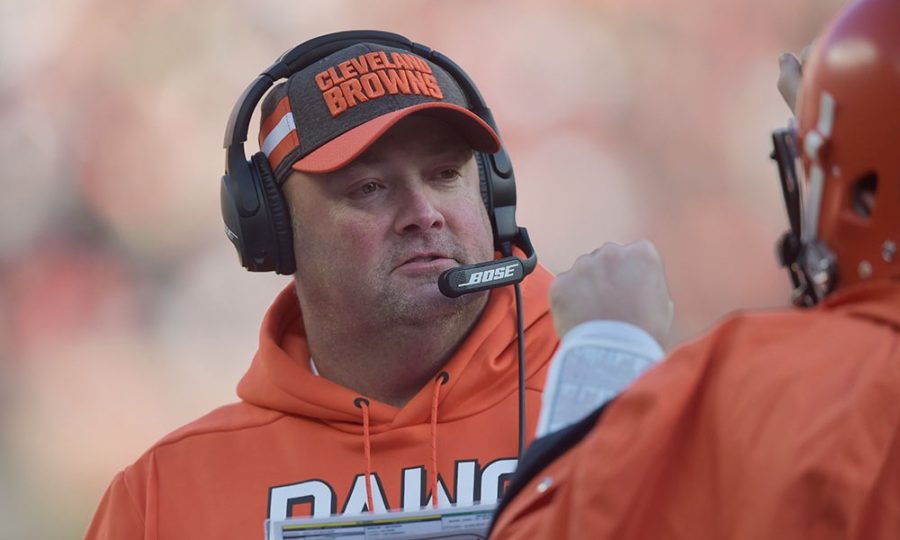 This is a weird one, considering they came away from week one with a 43-13 away win, but the Tennessee Titans are NOT GOOD. A tight week two loss hosting their divisional neighbours in Indianapolis set up an away day in Jacksonville. Mike Vrabel’s men just looked lost.

20-7 kind of flattered them. I like Marcus Mariota a lot, but the guy is getting no help. Over 300 yards passing, most to Adam Humphries, with no touchdowns is a sure fire way to lose on the road. Derrick Henry, tipped for a breakout season, could barely get things going on the ground despite his score. And the defense was exploited by one Gardner Minshew. It was an all-round woeful performance from a side with play-off aspirations.

It’s difficult, really, to know where the Titans are as a team, and I’m not sure we really will for a few more weeks. Away to Atlanta, home to the Bills, away to Denver; these are games that they could, probably should, win, but you’d be hard pressed to guarantee it. Come back to me after that stretch of games, and I’ll take the temperature of Vrabel’s coaching seat.

Speaking of bad teams, if you weren’t already off on the New York Jets, now is the time. What an absolute mess over in New Jersey, good lord.

Time is a flat circle in the NFL, it would seem, as I’m drawing parallels between this Jets set up and the San Francisco 49ers of 2016. A one time offensive genius-turned-failed Head Coach (Chip Kelly) in Adam Gase has been brought in to reinvigorate a team with aspirations far beyond what their recent form suggests they should hold. That’s right, Adam Gase is Chip Kelly, for thr TikTok generation. In both cases, Vine was better anyway.

The Jets are basically done for the season. Darnold may well shake off gladular fever in the near future, however they’re asking Luke Falk to hold down the fort until then, and that isn’t something he’s ready for just yet. The Jets put up 14 points against the Patriots on Sunday, 0 of which were offensive. They are a side that just aren’t built to win right now, despite some intriguing pieces. Much like 2016, don’t expect Gase to keep his parking spot come January.

END_OF_DOCUMENT_TOKEN_TO_BE_REPLACED
Get 20% off PFF ELITE and prepare to win in 2019!