Which players have their stock on the rise and who is suffering a slight dip following Week 1 of the NFL?

That’s week one in the books. Although you shouldn’t put too much stock into how your team gets on in the first week, it’s difficult not to get carried away/be absolutely desolate once the final seconds tick over. With that in mind, starting today, and every week from now on, I’m going to try and make sense of it. In the form of a stock market report, no less. Prepare to be wowed as I exude knowledge based solely on watching The Wolf of Wall Street once. Who’s trending up? Who’s crashing hard? Read on to find out…

Almost a cop out to start us off, but the Kansas City Chiefs are a side you absolutely should buy into. After the MVP level heroics of last season, Patrick Mahomes and gaudy stats should go hand in hand. And yet, against the once vaunted Jacksonville Jaguars defense, his legend was only enhanced. 378 yards, 3 touchdowns, and over 75% of his passes complete. All with superstar wide out Tyreek Hill out for a large chunk of the game.

Their defense may have allowed both Nick Foles and Gardner Minshew the room to look good, but this defense is still something of a work in progress, and the Chiefs will live and die by their offense. Yes, the aforementioned Hill is slated to miss more than a few games after being hospitalised, but don’t be put off. This is a deep unit. One that will shred defenses, and frustrate offenses, well into January.

The narrative surrounding Lamar Jackson this summer has been, frankly, disappointing. Here we have a first round Quarterback, who stepped into a very average Ravens offense last season, led them to the playoffs, and almost pulled off a comeback for the ages against a highly touted Los Angeles Chargers side. The focus wasn’t on how much better he can be, it fell back on the lazy “he can’t throw” comments that were aimed at him in the build up to the 2018 Draft.

You absolutely have to take this performance with a pinch of salt. The Miami Dolphins are, and not even subtly, in the middle of blowing every facet of their side up. However. 17 for 20, 324 yards, and 5 touchdowns against anyone in the NFL should certainly make you sit up and take notice. This week he has another fairly friendly matchup in the Arizona Cardinals coming to Baltimore

Certainly something that stuck out week one was simply how effective rookie Wide Receivers managed to be on their debuts. Playing against a High School level Dolphins side, Marquise “Hollywood” Brown pulled in 4 receptions for 147 yards and 2 touchdowns. Against a slightly more accomplished Cincinnati Bengals defense, D.K. Metcalf too hauled 4 catches to the tune of 89 yards. Tennessee Titan, A.J. Brown, managed 3 catches for 100 yards against a hyped Browns defense. An explosion of youth wasn’t expected so early on in the season.

The kids ought to see more success in the immediate future. In week two, Marquise Brown enjoys a tie against a Cardinals defense that isn’t overly threatening against the pass. D.K. Metcalf hits the road against a Pittsburgh side that are NOT in a good way right now. And, while he didn’t make an impact in week one, expect Mecole Hardman to see his role expanded as the Chiefs look to replace Tyreek Hill’s production. The kids are alright, basically.

For the first time in *literally* forever, the new NFL season was actually met with hope and optimism in Cleveland. Yet, as they’ve become so accustomed to over the years, the Browns managed to outdo themselves in terms of self destruction. While the Titans aren’t an awful side, they are one a team with Baker Mayfield, Odell Beckham Jr, David Njoku, Nick Chubb et al should see off with relative ease. They were beaten 43-13.

I’m not saying we should be hitting the panic button on Cleveland this early; absolutely not. But we may need to temper expectations when discussing them. The franchise hasn’t had a winning season since 2007, and no amount of big names can change the culture overnight. Perhaps a Super Bowl run isn’t on the cards after all; hell, a 9-7 season should be seen as a success. But with ties at the Jets, against the Rams, and at the Ravens in their immediate future, we’ll know a lot more about their direction come October. 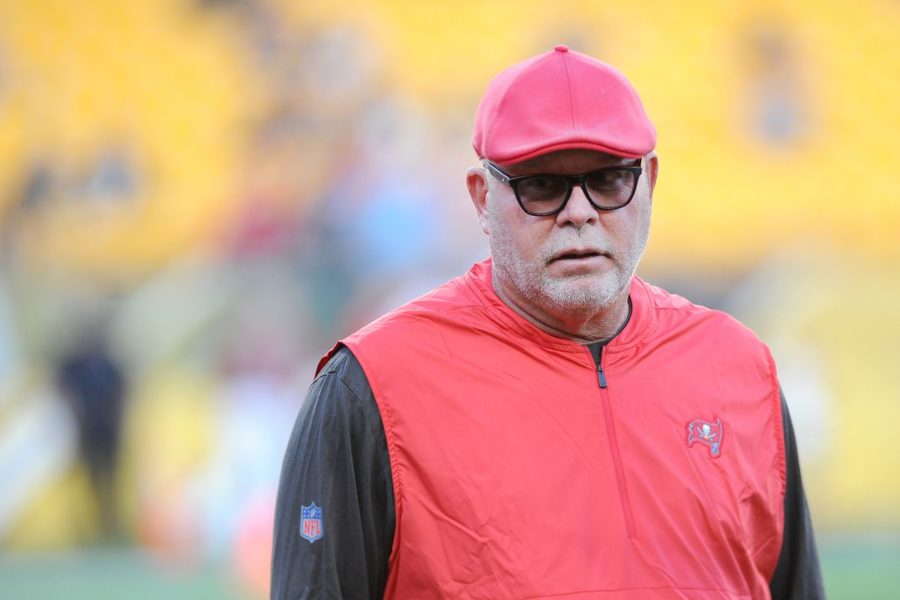 Bruce Arians is a superb coach. The work he did in Arizona, especially in that run to the 2015 NFL Championship game, should not be underestimated. He took Carson Palmer, a “good, not great” Quarterback, and turned him into an MVP contender. The guy can coach, and he can coach Quarterbacks. Jameis Winston is not a player Bruce Arians can coach.

The former first overall pick, now in his fifth season, laboured to 194 yards, picking up 1 touchdown amid 3 interceptions, and generally looked dazed and confused against a bottom five defense in 2018. Jameis Winston is making the same mistakes now as he did in 2015, and that should be a major concern for Bucs fans. It might be that he’s struggled to come to terms with Arians’ offense and needs time. It might be that he’s simply beyond fixing. The fact remains that, unless he makes good on his obvious promise, he’ll be looking for employment elsewhere come 2020.

An easy one to finish us off, mainly because they, themselves, have very little left to actually sell. The Miami Dolphins have well and truly given up on 2019. On offense, Ryan Fitzpatrick and Josh Rosen (depending on who survives the longest) have seen Laremy Tunsil and Kenny Stills moved on, limiting their protection and passing options. On defense, Minkah Fitzpatrick, Xavian Howard, and Christian Wilkins bear the brunt of an entire unit. Everyone else is borderline, and it showed on Sunday evening.

It’s an incredible thing to say in 2019, but the Dolphins have adopted the “Browns model”, in that they’re just gonna stockpile draft picks and hope things work out in 2021. In 2020 alone, Miami carry two first, and two second, round picks. If they follow the Browns method to the letter, expect those to be converted into more. For 2019, however, there is nothing here. Josh Rosen, who managed to escape an awful Cardinals offense last season, has wound up in a worse situation this season, and his career is probably dead as a result. Any stock you had in Miami should be sold for whatever the price. They’re just awful.

END_OF_DOCUMENT_TOKEN_TO_BE_REPLACED
Get 20% off PFF ELITE and prepare to win in 2019!