We’ve reached the mid-point of the College Football season. Some teams are having unexpectedly fantastic seasons so far. LSU for example. Other teams, their performance has been what you’d expect. Alabama for example. For a few teams, however, 2019 hasn’t been all touchdowns and cheerleaders. It’s been beatings and misery. It’s been tough and it’s been grim. Teams like UMass, for example.

Away from the glitz and glamour of the race for the College Football Playoff, the quest to be the greatest college football program in the nation, lies a number of programs who would rather forget that this season existed before we even reach the end of October.

Unfortunately for the UMass Minutemen, that’s just not the case. 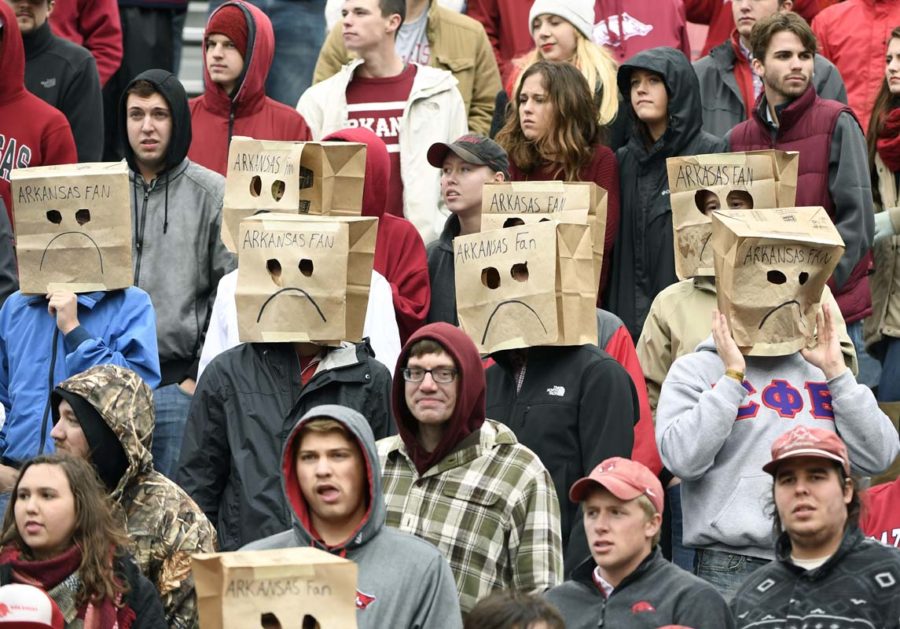 At first glance, there are three fairly obvious teams that could be classed as the worst in College Football. Those three teams have failed to win a single game between them. They are a completely imperfect 0-19 from 19 clashes.

New Mexico State has the worst record in the nation at 0-7. On their way to that record they’ve given up a whopping 42.6 average points per game. They’re home to the 2nd worst point differential in College Football. However, not only is that not the worst in the country, their total defense is only the 10th worst in the nation in terms of total average yardage. Most of that has come from a porous run defense, which is the 3rd worst in College Football. One of the big things that prevents NMSU from being the worst of the worst, is their strength of schedule. They’ve had to face the air raid of Washington State and the might of Alabama. No mean feat.

Although Rice haven’t faced a potential final four team, their strength of schedule ranks 17th. That’s contributed to their winless start to the season. Oh, and so has an inability to put points on the board. The Owls rank 5th worst in total offense and in points per game, with a paltry 15.7 average. Their defense has kept them close in games, with one possession defeats to Army, Baylor, and Louisiana Tech.

Finally in the winless trio, sits Akron. Of the three, they have the biggest claim to being the worst. Not that it’s a claim you want to be making of yourself! The Zips have the second worst scoring offense in the nation. They’re averaging a dismal 14.3 points per game, behind only Rutgers. Their rushing offense is non-existent, and their inability to pick up first downs (just 16.3 average per game) isn’t helping. Akron can’t even blame a tough schedule as it’s one of the easiest in the nation.

UMass: One win, but still the worst...

One of the defeats handed out to Akron was by UMass. The pair met in week 5 at Warren McGuirk Alumni Stadium. Michael Curtis threw for 2 touchdowns and ran in another as the Minutemen won 37-29.

Which begs the question, why are they worse than Akron?

In most of the factors I’ve used to determine the worst team in College Football, the Minutemen figure prominently. Not in a good way.

They have the 5th worst record at 1-6, or .143 if you prefer. This is despite having the 2nd easiest strength of schedule in College Football.

They have the worst point differential in the entire nation, with a staggering 205 point difference between points for and points allowed.

The problems start on defense.

UMass has the worst total defense in the country and it isn’t even close. They are giving up a ridiculous 551.6 average yards per game. Only FSU and Arkansas State have given up less first downs than the Minutemen. As a result, they are haemorrhaging just shy of 50 points per game on average. The win over Akron is the only time they’ve held the opposition under 30 points.

The problems continue on offense.

Whilst giving up nearly 50 points on defense per game, they’re only managing an average of 20 points on offense. They’re struggling to move the ball, picking up just shy of 17 first downs per game. That ranks in the bottom 10 of all 130 FBS teams. As does their total offense, with just 301 yards per game on average.

What's gone wrong for the Minutemen? 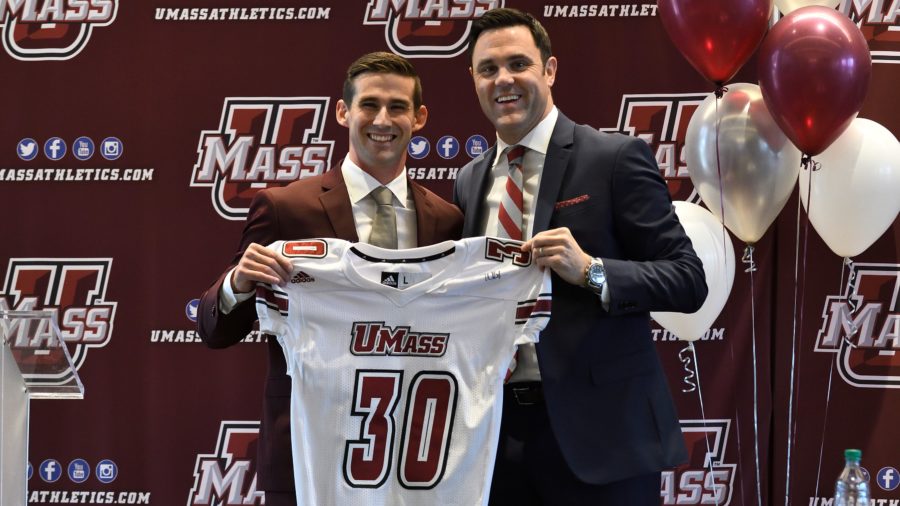 UMass are currently on pace for their worst season since transitioning to the FBS level for the 2012 season. Those first two seasons in the MAC, they went 1-11 under Charley Molnar. He was replaced by Mark Whipple and since then UMass have won at least 2 games per season.

Whipple’s last two seasons in charge saw the Minutemen win 4 games per season. He stepped down at the end of 2018, and former FSU offensive co-ordinator, Walt Bell, was announced as his replacement.

It’s been a torrid start for the first year head coach. As a former offensive co-ordinator, he’ll be deeply disappointed that the offense has taken such a step back from last season.

They’re averaging 12 points and 93 yards per game less.
They’ve had some injury issues, and a lack of depth across the board hasn’t helped.

However, the biggest difference is in the pieces that they lost at the end of 2018.

Last year they had Ross Comis and Andrew Ford at QB, who threw for over 3000 yards between them. This season, they have 3 quarterbacks who are struggling to establish themselves, partly due to injury and partly due to inconsistent play.

The biggest loss is Andy Isabella. The diminutive wide receiver accounted for as many yards and touchdowns as anyone else on the team. He was a true threat, and this year they don’t have that.

The most potent offensive threat this season is junior running back Bilal Ally, who already has more rushing yards than in any previous season.

The 2018 UMass team does provide hope for this year’s team. Last year they lost 6 straight games to open the season, before recovering to go 4-8. The 2019 took less games to get that opening win.

However, they’re still the worst team in College Football so far.

Oliver Hodgkinson is a College Football writer for The Touchdown. He also writes on the NFL for The Pro Football Network. You can hear his opinions on all things College Football as one third of The College Chaps Podcast.

END_OF_DOCUMENT_TOKEN_TO_BE_REPLACED
Get 20% off PFF ELITE and prepare to win in 2019!