Team of the Decade: Center

Team of the Decade: Center

With the NFL Draft over and the 2019 season fading into the past it is time to take stock of the last decade of NFL action with The Touchdown’s Team of the Decade. This team will be based on a statistical analysis of the past 10 years, looking back at how each player performed overall and on a per game basis. In order to make this a true representative of the decade, only players who have played in 40 regular-season games (a quarter of the decade) will be included, with that being 40 games started for the quarterback position.

In this article we will be looking at the center position, which may not get the headlines of the tackle position, but is arguably more discussed than the guard position. There is arguably no relationship more important in the NFL than the relationship between the centre and the quarterback. Trust and understanding between those two position can make or break a team. Let’s take a look at who are the best to take the field in the past decade.

Unlike the other two offensive line positions, the centre position is a somewhat easy one to highlight the top from the middle. When you look down the list some names just stand out. However, there are five guys who deserve the respect of being honourable mentions even if they were never in the discussion for our Team of the Decade.

It would be wrong to not discuss Saturday as one of the best of the decade, but given he only played three of his 14 year career in the decade we have to consider his numbers in context.  In those final two years in Indianapolis, Saturday was still performing as one of the best centres in the league, before seeing a drop off in Green Bay.

Unger performed admirably for both the Seahawks and Saints over his 10 year career. He was voted to the Pro Bowl twice and voted as a First-Team All-Pro once. However, he never had a real sustained run as a top-10 centre in the decade.

When you think of a centre the Pouncey brothers are both some of the first you think off. Maurkice was a tough name to leave off the main list as he has two First-Team All-Pro selections and eight Pro Bowl selections. However, when you watch the tape from throughout the decade he just simply does not matchup to the heights of some of the other centres on this list.

Mike’s game is actually very similar on tape to that of his brother, but he has never received the acclaim that his brother has in the past decade. Having never played on a dominant winning team tends to do that to you. The best thing you can say about Mike Pouncey is to go and look at how much his teams have struggled when injury has kept him off the field.

Kalil was another tough name to leave off the main list due to his two First-Team All-Pro selections and his four Pro Bowl selections. However, much like with Maurkice Pouncey, those numbers do show up with consistent performances on tape and Kalil paled in comparison to some of the names on the main list. 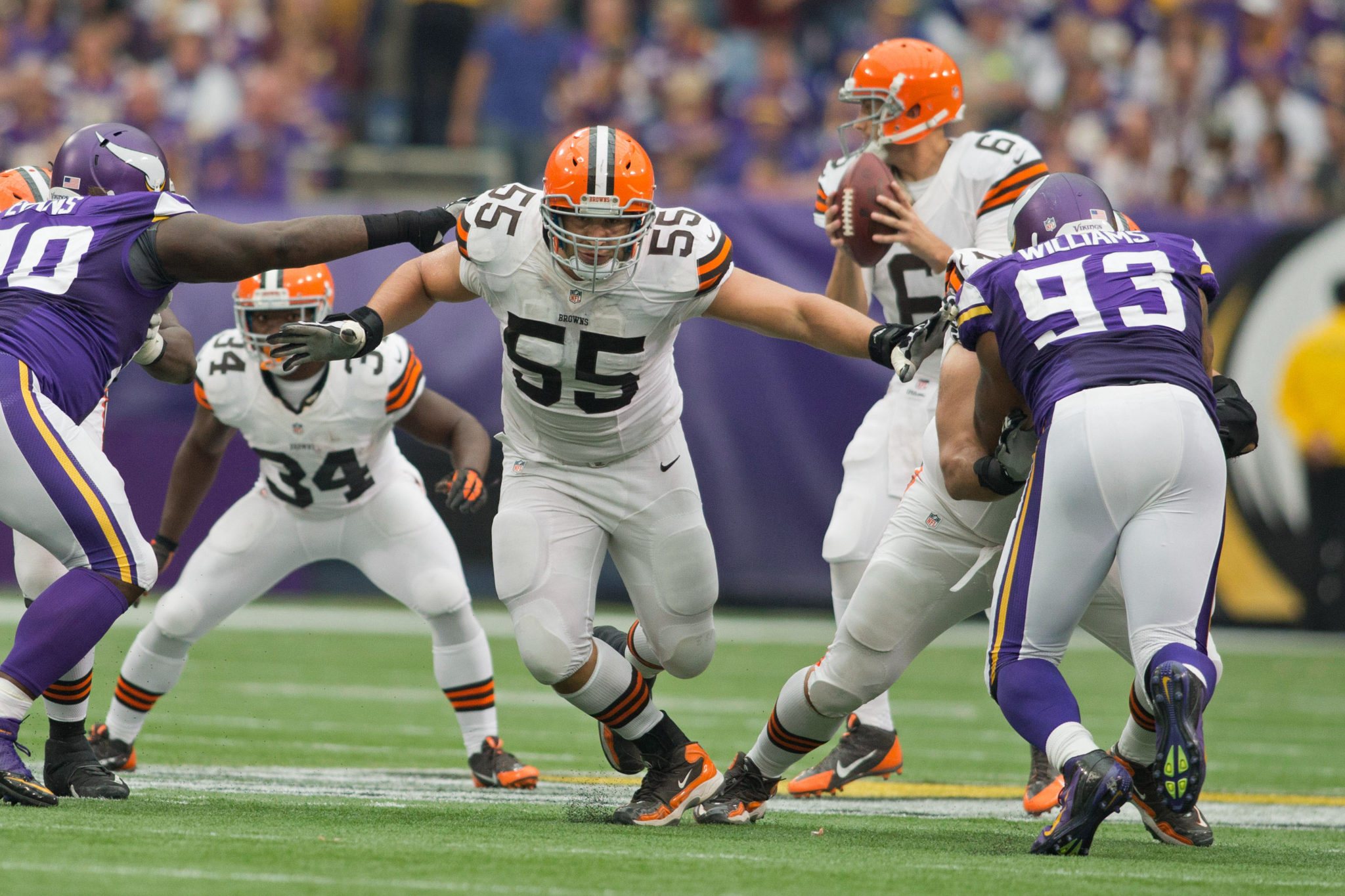 Let’s start with the elephant in the room; How has Alex Mack not been selected as a First-Team All-Pro in this decade?! Mack has consistently been one of the best centres in the league but has not got the recognition he deserves due to spending a large portion of his career on below average teams.

Mack has been voted to six Pro Bowls and arguably should have gone to even more. Over the last five years his performances have stepped up another level, and he has consistently been one of the very best at the position in the entire league in the second half of the decade.

You will be forgiven for looking at this name and scratching your head a little. Myers was not a well-known name in the league and the centre position developed more recognition later in the decade when he was out of the league. However, in those five years Myers was one of the best at the position, going to two Pro Bowls and consistently being seen as a top-10 player at the position.

No centre has received more First-Team All-Pro selections in the past decade (three) than Kelce. The career-long Philadelphia Eagles has rarely been out of the top-10 at the position in his nine years in the league. Kelce’s three Pro Bowl appearance demonstrate why we should not judge this position purely on that metric, as his performances deserve him to have been there most years of his career. 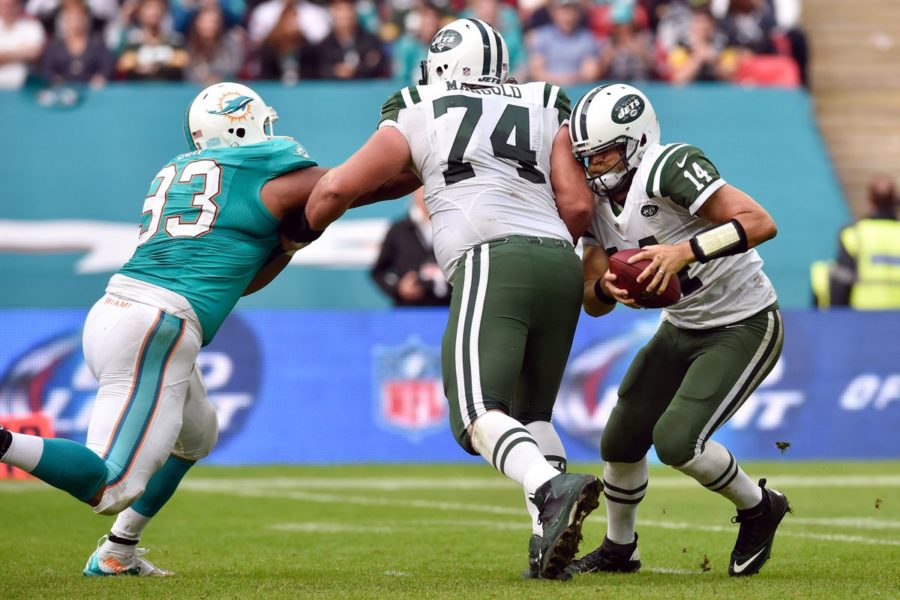 Mangold was so good at his peak that many teams used to actually devise game plans to isolate him in the middle of the Jets offensive line. However, that peak was as much as the end of the previous decade as it was in this decade, which prevents him being a lock for this team.

In four of the first five years of this decade, Mangold was consistently not just among the top-10 at the position but the top-five. His performances fell off on the back-end of his career, but that should not take away from just how good he was at his peak.

The Dallas Cowboys offensive line has been raved about in both of our previous offensive line Team of the Decade articles and Frederick will receive similar love here. It is tough to find a time in Frederick’s six-year career that he is not one of the top-10 at the position. He has also received a First-Team All-Pro selection and five Pro Bowl selections in those six years.

Frederick’s retirement this past offseason created quite a wave of shock. However, having battled the Epstein-Barr virus in 2018, he did not look at his absolute peak when he return in 2019.

Centre Selections for The Touchdown’s Team of the Decade:

This selection was a really tough case, but the longevity of top-end performances from both Kelce and Mack which have spanned the majority of the decade ultimately means they get the selection.

END_OF_DOCUMENT_TOKEN_TO_BE_REPLACED
Get 20% off PFF ELITE and prepare to win in 2019!