With Week 6 of the NFL season and Week 7 of the college season now in the books, I’m glad to be bringing something new to the Touchdown. This weekly column will touch on a bit of NFL, a bit of college football and begin to introduce you to prospects for next year’s NFL draft. Some key players in the NFL playoff race were upset this past weekend, whilst in the world of college ball, the Top 25 picture became ever clearer.

Sunday saw the return of New York Jets quarterback Sam Darnold from a bout of Glandular Fever. Much like Toby Maguire in Spiderman, Darnold recovered from his illness to savage the Dallas Cowboys and lead a previously rudderless Jets squad to their first win this season. Darnold threw for 338 yards and two touchdowns in a performance that will leave Adam Gase mightily relieved given the pressure he has been under in recent weeks as the Jets have put in a series of dire performances with a slew of backups under centre. This is the third time Darnold has thrown for 300+ yards and the second time in the last four regular season games that he has played.

Whilst the title of this section is written somewhat in jest, Darnold did seem to be processing the field much better in this loss than when we saw him in week one of the season. Coming back from a multi week layoff with an improved performance will make Jets fans feel like they’ve hit the jackpot following so many years of bad quarterback play. Darnold can be a franchise passer in years to come. A final word on the Jets should go to Jamal Adams. Adams cleared up some early season controversy and is letting his leadership qualities shine through. He made a huge play as Dallas attempted a game tying two-point conversion, sacking quarterback Dak Prescott and winning the game for the Jets; who seem to have their leaders on both sides of the ball. 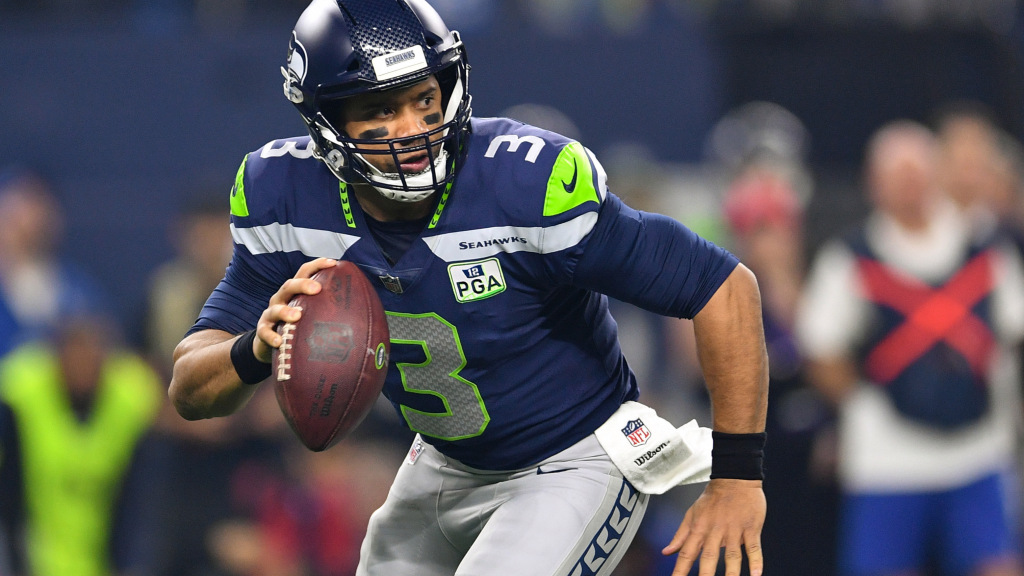 The NFL is undergoing a youth movement at the quarterback position. Couple the fact the vaunted 2004 class begins to ride off into the sunset and a few years of high-quality rookie classes entering the league and the result is a change to hierarchy at sports most important position. Currently the play of three quarterbacks stands above the rest; Russell Wilson, Patrick Mahomes and Deshaun Watson are three of the favourites to win the MVP award at the end of the season. All three men have thrown more than 12 touchdowns and less than three picks on the season. Mahomes has a cannon for an arm, combined with his video game style of playmaking using off platform throws. They won him the MVP last season and the team was only a single defensive stop away from a Super Bowl appearance. Mahomes is going to be in the MVP discussion for years to come.

Wilson and Watson cut very similar figures on the field. Both players are incredible escape artists who throw with great touch and vision. Their ability to navigate a collapsing pocket and make deep throws from less than ideal situations has made both of their offenses potent. Led by Watson the Texans offense has put up 53 and 31 in recent weeks as the team has shown its potential to be an offensive juggernaut with the former national champion under centre. With twelve touchdowns in six games, Watson looks set to shatter the mark of 26 touchdowns that he threw last season. The scariest thing about this Texans offense is that star wide receiver DeAndre Hopkins hasn’t really got going this year, if the Watson/Hopkins connection can show out, then this offense will be very dangerous as we get to the business end of the season.

Just over a year after Packers veteran Mason Crosby missed five kicks in an eight-point loss to the Detroit Lions the Lambeau legend proved how important a solid veteran kicker can be as he converted a match winning field goal to put the Packers past the Lions. As the Green and Gold move to 5-1 on the year, fans should feel thankful that general manager Brian Gutekunst decided to stick with his veteran kicker. Crosby has so much experience kicking in the harsh environment of Lambeau Field and it shone through this weekend. As kickers in better conditions across the league fail to deliver, retaining a kicker with the talent and experience of Crosby is one of the most important things Gutekunst has done in his time in charge.

Did you know? Crosby has missed only one kick this season one of only five kickers to miss one or fewer kicks this season.

In the biggest game of the college football weekend the Oklahoma Sooners triumphed in the Red River Rivalry game. Behind a perfect blend of an outperforming defense and their standard offensive masterclass Lincoln Riley’s men were able to banish the demons of last year and win in the Cotton Bowl. After going ahead early, the Sooners controlled the game and never let Texas wrestle their way on top. A Heisman worthy performance from Hurts, who had what could be his Heisman moment with a fantastic bit of ball movement to avoid a sack and then fired a big completion downfield.

The fact that the Sooners less heralded position groups stood up and made a difference should put fellow playoff candidates on high alert. The rushing game was explosive, as Kennedy Brooks rushed for over 100 yards at 10+ yards per carry. If Oklahoma can continue to produce on the ground in big games, they will increase their time of possession and rank up the pressure on opposing quarterbacks. The last twelve months have proved that neither Tua Tagovailoa nor Trevor Lawrence are infallible to pressure. Consequently, a strong running game would be the perfect addition to a defense that is showing out so far this season. Whilst this defense isn’t on the level of an Alabama or an LSU, it is far and away the best unit in the conference and can be good enough to give Oklahoma a real chance to compete in the playoff.

Jake Fromm and Georgia Prove They Aren’t the Finished Article

On the five-year anniversary of a famous upset win over Alabama, South Carolina went into Athens, Georgia and punched the bulldogs in the mouth. Will Muschamp and his charges turned up without fear to play a Bulldogs side that have been ranked as high as number three this season. The Gamecocks defense put Georgia under pressure all afternoon with fantastic blitz packages and tight coverage. Solid run defense that kept star runner Deandre Swift to under five yards per carry forced Fromm to throw and the result wasn’t pretty. Three interceptions, including a pick six sunk Georgia’s chances in this game. Playing in a conference like the SEC, you cannot afford to have bad days in conference play. Fromm hasn’t taken a step forward since his freshman year, he needs to show up if Georgia have any chance to save their season.

In the other division of the SEC the LSU Tigers and Alabama Crimson Tide are on a collision course. The two best teams in the country both put up good wins this weekend, but no win this year is more impressive than LSU vanquishing Florida in Baton Rouge with aplomb. The atmosphere at night in Louisiana was incredible and the Tigers stepped up to match their fans with a dogged and impressive performance. LSU quarterback Joe Burrow came through a tough game against a good defense and lead his offense to put up 42 points. It is the kind of performance that puts him squarely in the Heisman conversation.

The match ups of Joe Burrow and Tua Tagovailoa against the respective defenses will be fascinating. Tua has questions to answer given his performances at the end of last season, whilst Joe Burrow will want to prove he is worthy of a top ten pick in the 2020 NFL draft. The matchup is so much deeper than just the quarterbacks, but this is the first time that this storied rivalry will see this quality of quarterback play. Given both quarterbacks have thrown for over 25 touchdowns this season, the game is going to be tantalising to watch.

Oregon quarterback Justin Herbert is a name that has been spoken about for several years in draft circles. Many thought he would declare for the draft last season; however, Herbert went back to school to complete his senior year. Herbert has prototypical size for the position and a strong arm. He can make throws to all areas of the field but doesn’t possess a generational cannon like Patrick Mahomes or Josh Allen. Question marks remain about his processing of the field when under pressure and his ability to handle the big stage. His performances in big games against out of division opponents has not been the best, including a marquee loss to Auburn in Week 1.

For some people. Herbert has a scary, Blaine Gabbert like floor as a prospect. This may turn some teams away from drafting him in the top-15. Herbert needs to ace the combine, particularly the interview portion, and going to and looking good at the Senior Bowl in January would be massive for him. Especially if he can allay some of the fears that surround him as a prospect.

One of the ‘college chaps’. A Texas Longhorns and Green Bay Packers fan. A huge NFL Draft enthusiast, Alex has been following football for over 10 years, scouting for three and writing for two

END_OF_DOCUMENT_TOKEN_TO_BE_REPLACED
Get 20% off PFF ELITE and prepare to win in 2019!