Saturday Lookout: Can Milton repeat instant success for the Wolverines?

Saturday Lookout: Can Milton Repeat Instant Success For The Wolverines?

Joe Milton grabbed the headlines as the Big 10 clicked back into action last week. He was mightily impressive as the Wolverines went into TCF Bank Stadium and dominated Minnesota. He will look to continue his good form against Michigan State. We take a closer look at that and other storylines worth watching for on Saturday’s college football slate.

Milton Must Continue The Good Work He Started 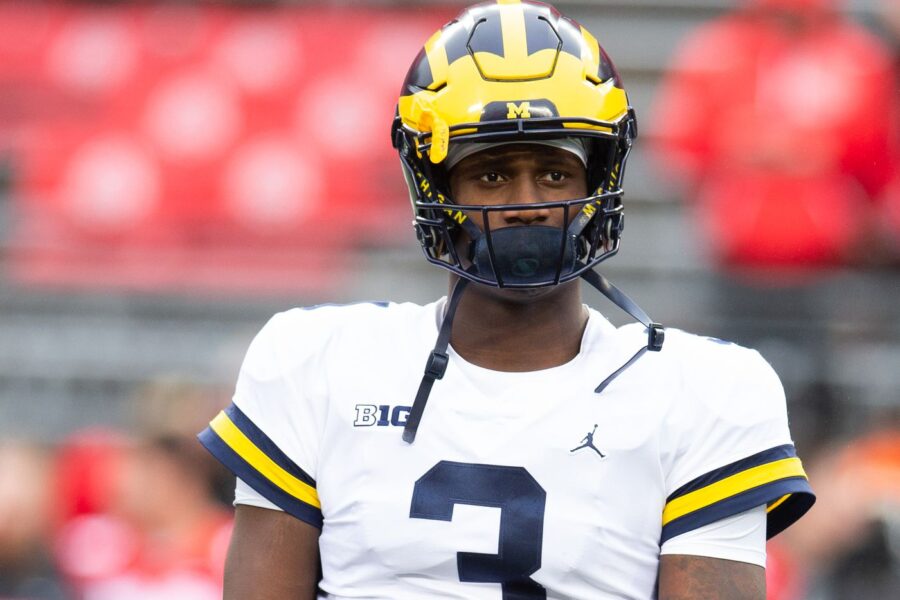 The Michigan vs Minnesota matchup was labelled a ‘toss-up’ going into last weekend. However, the Wolverines had other ideas. Led by junior quarterback Joe Milton, it wasn’t really a contest.

The former four star recruit would likely have established his dominance sooner with a full pre-season but having beat out Dylan McCaffrey, who has since transferred, Milton is now the undisputed starter.

At the start of the year college football analyst Bruce Feldman highlighted Milton as a dark horse who could be in play for next year’s draft. With only an eight game slate and having only just become the starter, that could be a stretch. However, Milton showed the poise and athleticism that will have NFL teams salivating.

In-state rivals Michigan State shouldn’t offer much resistance to Milton and co but rivalry games are often unpredictable. It will be interesting to see if Milton can ignore this week’s headlines and churn out another strong showing. Wouldn’t it be just typical Michigan to stumble against the Spartans?

Gerrid Doaks found himself stuck behind the impressive Michael Warren in 2019 but he has come into his own this season. The Cincinnati Bearcats have been impressive in their opening salvo, going unbeaten in their first four games.

SMU should have been the stiffest test so far but Cincy’s ground game and strong defense ensured a comfortable 42-13 victory. Doaks made it back-to-back weeks with over 100 yards and notched two touchdowns against the Mustangs.

Now in his senior year, he is a name to watch. Finally atop the depth chart Doaks will hope to produce impressive stats in his final year and throw his name into the draft conversation. He is a nice blend of physicality and speed. Able to break tackles but also change direction to open holes.

If the Bearcats good form continues and Doaks is at the fore, expect his name to come more firmly on the radar as his team gain more exposure from the national spotlight.

Is Moore The New Do-It-All Chess Piece In The Bama Secondary? 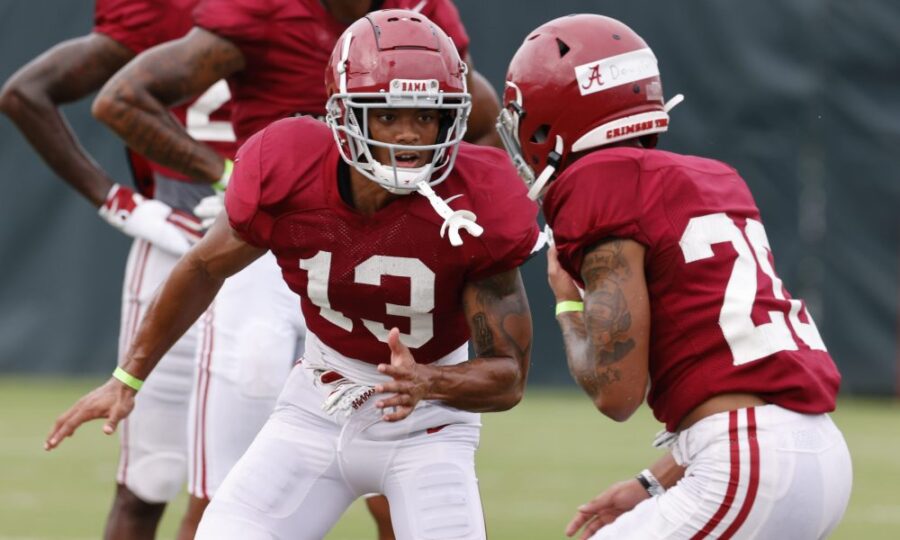 Things have looked a bit different in Tuscaloosa this year. The Crimson Tide are getting used to seeing a more expansive offense. First under Tua Tagovailoa and now incumbent QB Mac Jones. The downside is that even a defensive guru like Nick Saban is having trouble slowing down the frantic pace of opposition offensive playcallers.

The Ole Miss shootout will have been jarring for a team that has been built on the back of an ultra-physical defense. Despite remaining unbeaten, Alabama fans will be wary of their secondary who have had an up-and-down start to the year. While Patrick Surtain Jr is the big name, opponents have picked on the safeties with a good rate of success so far.

One man that teams have targeted is freshman defensive back Malachi Moore. Future opponents may be best advised to look elsewhere for a weakness. Moore was PFF’s highest graded defender this week and has contributed two interceptions, four pass deflections, a forced fumble and a defensive touchdown so far on the season.

Moore is playing the Star role in the Bama defense. His physicality and coverage ability have shades of a former Tide player who has become an elite NFL player. Minkah Fitzpatrick fulfilled the hybrid slot/safety/corner position in his time for Alabama and Moore will be looking to follow in his footsteps.

SEC Powerhouses Meet With Plenty Of Draft Talent On Display

Both Auburn and LSU would have hoped for better starts to their respective seasons. College Football champions LSU haemorrhaged players to the NFL draft and have so far struggled to plug the gaps. Auburn under the guidance of QB Bo Nix have also underwhelmed. Barely surviving Arkansas and coming unstuck against South Carolina.

However, both teams enter Saturday’s matchup with buoyed levels of confidence. Auburn in particular have got their offense moving on the ground. Junior running back Shaun Shivers has been productive but it’s Tank Bigsby that really catches the eye. Only a freshman, it will be the 2023 Draft before we see Bigsby at the next level but his contact balance and tackle breaking ability are hard to ignore.

Sticking with the Tigers, one player I will pay particular attention to is safety Smoke Monday. He is a tone-setter in the back end of the defense and lives up to his name, regularly ‘smoking’ oncoming opponents. He will be important in slowing down the LSU offense.

That offense will be led by freshman TJ Finley who has stepped in for the injured Myles Brennan. Finley was impressive in his debut vs South Carolina. He didn’t miss a beat and is helped by his excellent wide receiver Terrace Marshall Jr. Marshall has stepped up following Ja’Marr Chase’s opt-out and can further boost his draft stock with a strong showing on Saturday.

formerly writing for the inside zone, rory will be breaking down college tape and keeping you up-to-date with all things CFB for the touchdown. an avid bengals fan, you can also find some of rory’s work at stripehype.c

2020-10-31
Previous Post: Week 8 NFL Preview: What will be the Deciding Factors in this week’s games?
Next Post: Week 8 RedZone Tips

END_OF_DOCUMENT_TOKEN_TO_BE_REPLACED
Get 20% off PFF ELITE and prepare to win in 2019!