What a mess 2018 was for the Oakland Raiders. The Raiders followed up a very positive 2016 with a middling at best 2017, and responded by doing what all good and stable teams do: by blowing the whole damn place up.

Head Coach Jack Del Rio was canned in favour of a return for Jon Gruden, who took up his first coaching job in a decade. His patience was rewarded with a 10 year, $100million contract, and he set about rebuilding his side. All-Universe pass rush genius, Khalil Mack, was traded to Chicago in return for a bunch of draft picks across 2019 and 2020. Marquette King, an All-Pro punter, dropped without return. Then, mid-season, former first round receiver Amari Cooper moved to Dallas for another first round pick.

The team was atrocious. Look, were they ever likely to be good, knowing that they were essentially stockpiling for the future? No, absolutely not. BUT, did they at least keep things competitive, giving fans a glimpse of better times to come? Also no. They finished 4-12 and laboured even to that record.

What do you do when you have a thousand draft picks, and seemingly endless cap space? You get trading and dole out massive contracts, of course. Oakland made the most high profile move of the off-season by trading for Pittsburgh want-away superstar, Antonio Brown. Whether you like the guy or not, he’s at worst a top-three player in his position. For the first time since 2016, Derek Carr might actually have a reliable receiver to aim at.

Speaking of Carr; despite the guy having his best return in terms of passing yards, he struggled mightily in his first season enjoying the Gruden experience, not least due to the fact he was sacked FIFTY ONE TIMES. Going some way to helping Carr stay upright will be Trent Brown; an offensive tackle who just earned his first Super Bowl ring, with the New England Patriots if you can believe that.

Most interestingly, however, is how they approached the draft. The original draft guru, Mike Mayock, was brought in as the new General Manager of the team in the offseason, and was handed a bevvy of 4 picks from the first 40 to play with. Clelin Ferrell will be asked to plug the hole left by Khalil Mack on the defensive line. Josh Jacobs will be asked to actually develop a ground game. Both Jonathan Abram and Trayvon Mullen will be asked to give the secondary something. Make no mistake, there is considerable, if raw, talent here. 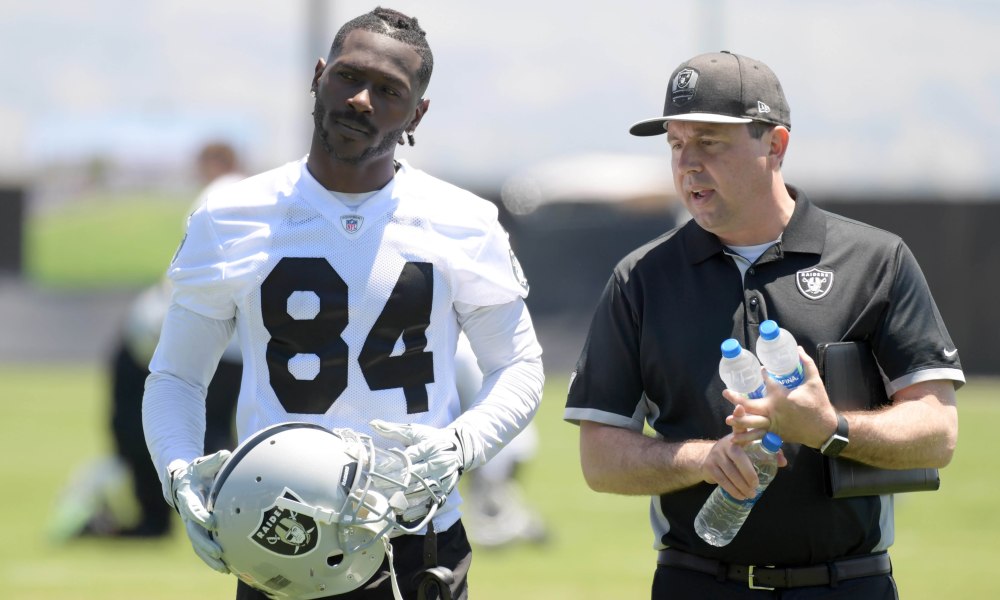 The reality of the Oakland Raiders in 2018 was that they simply weren’t very good at scoring points. I know that’s a pretty obvious statement, but there were no less than four games where they failed to score even a touchdown. As stated above, a large portion of that blame has to be down to the absolute lack of offensive weapons, outside of Jared Cook, who had a career year in terms of receptions, yards, and touchdowns.

With Cook gone, the bulk of the target share will fall to the aforementioned Brown. And, let’s be fair, that isn’t a bad replacement, all things considered. Brown is an absolute specialist at creating space for himself, and his past few years with Roethlisberger will have prepared him for life with a less than consistent quarterback. Mix in former Los Angeles Charger, Tyrell Williams, and the receiving corps is a million miles from the “corpse of Jordy Nelson/maybe Martavis Bryant if he’s free” duo of 2018.

Where the Raiders may struggle is with the ground game. While they managed to pick up the consensus RB1, Josh Jacobs, in the draft, he was, seemingly, the RB1 by default. He was not afforded the same “generational talent” tag placed on Todd Gurley/Ezekiel Elliott/Leonard Fournette/Saquon Barkley in recent years, however that doesn’t seem to affect his depth chart prospects. Jacobs will be put in as the lead back for the Raiders from day one.

What may hold him back is the sheer change on the O-Line creating lanes for him. With three new additions to the Offensive Line group (Trent Brown, Jordan Devey, and Richie Incognito), Jacobs’ early production prospects could live and die by the lines ability to synergise effectively. And, given that they face some of the most disgustingly heavy front sevens in five straight games to start the season, early success may rely exclusively on the abilities of Carr and company.

While 2018 was a shocker for the Radiers offense, their defense somehow managed to outdo them in terms of sheer incompetence. Giving up 20 points or more in all but one of their games is one major reason they simply couldn’t get it done. Fortunately for them, a few key additions should make them at least passable in 2019.

For one, the investment on defense in the draft gives them a few cornerstone pieces to build around. As mentioned, Clelin Ferrell will occupy the space vacated by Khalil Mack last offseason and, while he is unlikely to totally replicate that production, he should be a significant upgrade on Kony Ealy. More importantly, thanks to some smart drafting in 2018, the interior of that offensive line looks solid at the very worse. While he may have fallen to the 5th round in 2018, Maurice Hurst is an absolute stud, and should only improve going into his second season. Similarly, P.J. Hall is a real talent, and the presence of the criminally underrated Jonathan Hankins will only help with the young pairs development.

Lamarcus Joyner skips across the state to likely pair up with the Raiders third 2019 first rounder, Jonathan Abram. Vontaze Burfict comes in the add some nastiness to the defense and, oh boy, if Burfict knows anything, it’s how to be nasty. I predict he will be suspended for at least a third of the season.

On both sides of the ball, you have to ask whether it’s too much change at once. There are a lot of pieces on this defense to like, and that ought to get Raiders fans excited. The problem is that the pieces to get excited about are all either second-year players, or rookies. It may be a case that this defense struggles simply because of its lack of experience, though they’ll be better for it come 2020 or 2021.

That, then, puts the onus on the offense to win the Raiders games. And that should be a worry. They should definitely be better than they were last season, make no mistake. But their schedule is not kind, and that’ll be a problem. Denver, Kansas City, @Minnesota, @Indianapolis, and London vs. Chicago kicks off their season, and they could legitimately be 1-4 by the bye. Between Week 3 and Week 8 they’re effectively playing five road games, and that’s likely to unsettle the side. Unfortunately, 2019 will go down as another rebuilding year.

Head into 2020 with two first-round picks, one of which is in the top-10, and they could really be something. Just a shame for the fans they won‘t get to experience it.

Thomas is a writer and the social media content provider for the Touchdown. You can find him @Willo290592 on twitter

END_OF_DOCUMENT_TOKEN_TO_BE_REPLACED
Get 20% off PFF ELITE and prepare to win in 2019!