What a weird week 11 that was. Upsets left and right… 78 points on Sunday Night Football… The Lions not embarrassing themselves… There were strange happenings all over the place. After a week off last week (apologies, I was moving my life to a different continent), we’re back with the Touchdown Review for Week 11. Some frontrunners stumbled, whilst others – ahem, like the Cardinals – continue to find ways to win despite key players being out. This year, and this league, is absolutely bonkers right now.

Not quite the wild midwest shootout we were expecting in Kansas City, but a massive win for the Chiefs nonetheless. This was a game that the Cowboys could afford to lose, and when you consider they were without Amari Cooper, and CeeDee Lamb failed to return for the 2nd half with a suspected concussion, you can definitely forgive them for doing so.

Mike McCarthy’s squad were not themselves on Sunday, with the Cowboys failing to find the endzone even once. Dallas had at least two Touchdowns in every other game before yesterday. Dak Prescott was unusually under heavy pressure as his offensive line couldn’t stem the tide of the Chiefs’ ferocious pass rush. The running game was held in check, and the Chiefs made big plays at all the key moments to had Dallas their third loss of the season. The Cowboys will have a big chance to rebound against the Raiders on Thanksgiving.

Andy Reid’s men have somehow managed to recover from a terrible period earlier in the season to find themselves back in the thick of not just the race for the AFC West, but the AFC Playoff race in general. This win has to go largely to the defense’s credit, with Chris Jones the standout performer.

The Chiefs were being disrespected mere weeks ago, with many questioning the defense’s attitude and effort level. You certainly couldn’t do that on Sunday. Even without Cooper & Lamb, the Chiefs stifled Ezekiel Elliott and Tony Pollard and made Kellen Moore’s often explosive offense looks one-dimensional. Kansas City now heads into it’s Bye week with a chance to recharge before 3 straight division games starting with the Broncos in Week 13. The Chiefs aren’t all the way back… but there sure are flickers of life.

What a game! So-Fi stadium might never see too many better back-and-forth games than this one, as the Chargers got back on track with a dramatic win over the Pittsburgh Steelers. It’s hard to complain about a combined 78 points in a primetime game! This is what they should all be like! After the relative defensive battle of the Chiefs and Cowboys, this was a wonderful palate cleanser.

Give credit to Big Ben and the Steelers; they could easily have folded here, but they scraped and scrapped and clawed their way back into the game. Roethlisberger proved he can still make the big throws when needed, connecting with Diontae Johnson for a gorgeous Touchdown, and finding Chase Claypool consistently throughout the game. Najee Harris found the endzone again, but the Steelers’ defense was what dragged them back into this one. Cam Heyward was especially unbelievable, causing the tipped INT of Herbert with his own helmet, which enabled the Steelers to get level, then take the lead, having scored 24 points in the 4th quarter. The Chargers were on the ropes… but the Steelers just couldn’t quite close the deal.

Justin Herbert’s legs were arguably the key factors in this win. Herbert’s 90 rushing yards led the Chargers, and whenever the Steelers appeared to have all receivers down the field covered in their two-high safety look, Justin would escape and more often than not pick up a first down.

But I’d be amiss in not shouting out Austin Ekeler’s 4TD performance. Somehow… and I’ll get to that in the next section… he wasn’t even the overall MVP of the day! But what a showing from the diminutive back. He’s as elusive and shifty as anybody in this league, and plays with infectious enthusiasm. He’s a really easy guy to root for. Go on Austin.

But it wasn’t even Ekeler who won the game for the Chargers. That honour went to Big Play Mike, Mike Williams, who was able to streak down the sidelines for a 53 yard go ahead TD with less than four minutes to play. Herbert’s execution on the throw was immaculate, and this Chargers team looks destined for the playoffs. They have so much talent on the offensive side of the ball, and a great coach in Brandon Staley, who’s enjoying a fantastic rookie Head Coach season. The Chargers will hope to keep rolling with a big in-division matchup vs Denver next weekend.

It’s going to be an interesting one tonight on MNF, with the Buccaneers looking to stretch their lead atop the NFC South, and the Giants looking to find any relevancy at all in the NFC East. Daniel Jones burst onto the scene with a dramatic win over Tampa Bay a couple of seasons ago, but now he’s in need of more consistency to convince the impatient New York fanbase that he IS the guy for their future. Thankfully for his sake, the Buccaneers secondary is banged up, and he’s getting most of his main skill players back, with Kadarius Toney, Kenny Golladay and – stop the presses – Saquon Barkley (!!) all set to be involved. Huge.

Speaking of “the guy,” TB12 continues to roll back the years as his personal Benjamin Button tour through the NFC keeps on chugging along. Armed with Mike Evans and Chris Godwin, plus a legit run game thanks to Leonard Fournette, Brady is having another renaissance season that does make you wonder if he might actually play until he’s 50. Gronk may even be back tonight too, which might make you think I’m going to play if safe and take the Bucs… BUT NO. Maybe I’m picking with my heart rather than my head (there’s a 99.9% chance this is the case), but I’m going to believe in Daniel Jones tonight. The Buccaneers cornerbacks and safeties are really up against in with the number of deep threats the Giants have. The key will be the Giants’ O-Line. If Jones can stay upright, New York can win this game.

And how’s about this as a bonus! Let’s do a Thanksgiving Day treble of predictions… I’m taking the Lions (yes, you read that right!) to beat the Bears, the Cowboys to beat the Raiders, and the Bills to beat the SAints in primetime. Three bonus Thanksgiving predictions – let’s hope I’m not 0/3 come Thursday Night! 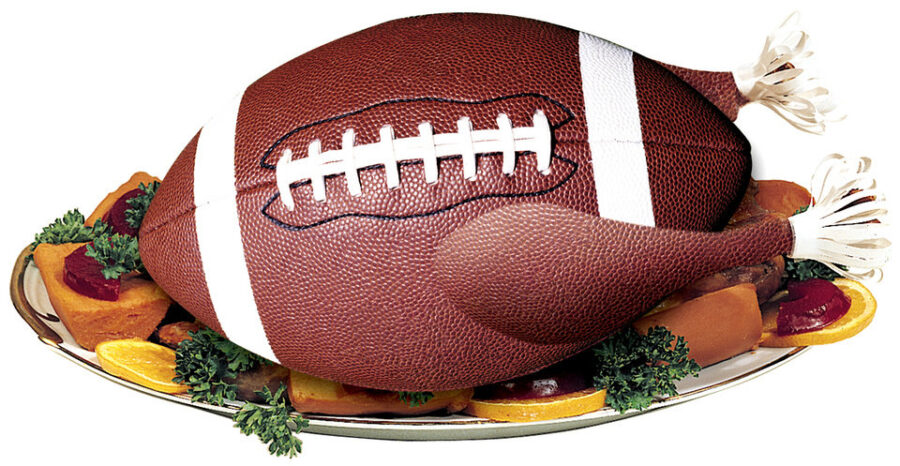 So if we skip over the aforementioned Thanksgiving games, there’s still plenty to get stuck into next Sunday. Not one, but TWO tasty AFC North Matchups, as the Steelers face the Bengals in the early window, and the Browns face the Ravens on Sunday Night Football.

In between those, I’ll be keeping a close eye on the Titans vs the Patriots in the early window, and the OBJ Derby, as Beckham’s new home – the Rams – faces off with one of his biggest suitors – the Packers – in the afternoon window. Plenty of drama is sure to be on show in those four games. As always, I’m @CallumJDSquires on Twitter and Instagram. Have a wonderful Thanksgiving wherever you are in the world. Enjoy the food and the Football. Peace.

CALLUM IS FROM LONDON, BUT PLAYED COLLEGE SOCCER AT TRINITY UNIVERSITY IN SAN ANTONIO, TEXAS, WHERE HE LEARNED NEVER TO CHEER FOR THE COWBOYS. CALLUM IS A LONG-SUFFERING DOLPHINS FAN WHO BELIEVES THE TUA HYPE

END_OF_DOCUMENT_TOKEN_TO_BE_REPLACED
Get 20% off PFF ELITE and prepare to win in 2019!