The NFL Draft is finally upon us! Read below for all you need to know ahead of the most exciting non-football football night of the year…

The Headline: Lance, Jones, or Fields?

Nothing moves the needle like drafting future NFL quarterbacks. With Trevor Lawrence and Zach Wilson likely to go off the board with the first and second picks, all eyes are on the San Francisco 49ers. After trading up it is very likely they are going to take a signal caller of their own. Mac Jones for Alabama is the betting favourite. There have also been reports of North Dakota State’s Trey Lance being considered. Whilst for many, Ohio State’s Justin Fields is the better than both. The player the ‘Niners select will cause controversy whoever it is. It is set to be the talking point of night one and is sure to dominate the airwaves all summer.

My personal opinion is that they will draft McCorkle Jones from Alabama (yes McCorkle is his real name). I don’t think they should. I think Ohio State signal caller Justin Fields is the better player, with more upside, but all the media reports have the ‘Niners set on the former Crimson Tide star. Lance is a wildcard; huge upside from his stellar athleticism and experience in a scheme very similar to niners coach Kyle Shanahan’s make him a tantalising prospect in the Bay Area.

With the eyes of the football world on them, the pressure is on the 49ers to get this one right… 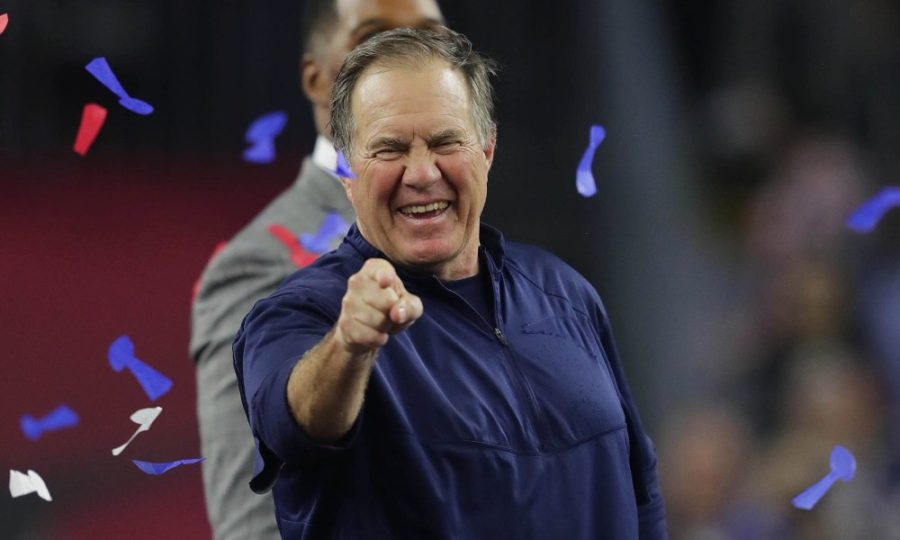 A down season, followed by an uncharacteristic free agency spend. With potential franchise quarterbacks slipping one man sits poised to create chaos. That man is Bill Belichick. The Patriots coach has seemingly shrugged off his calculating, composed persona in favour of the carefree, slugger attitude reminiscent of a late career heavyweight boxer. If one of Trey Lance or Justin Fields falls to pick eight, watch out for a Patriots trade up. Especially given the market for trades is now very much weighted towards teams looking to move up. At this stage, I would be surprised if we didn’t see a Patriots trade up later this evening.

Samuel Cosmi – The Longhorns offensive tackle is a stellar athlete with experience starting on both sides of the line. Some of the technique is a little rough, but technique can be taught. I’m betting that a team takes a chance on Cosmi’s athleticism.

Richie Grant – Single high safeties are prized in the NFL. Grant is a great player in single high coverage. He has ball skills, athleticism and a knack for forcing turnovers. Whilst his film has some coverage busts and wild tackle attempts, the core traits are exciting. If Moehrig goes early, watch out for Grant late on.

Kellen Mond – A quarterback with a snappy throwing motion that produces powerful throws. Couple this with a huge amount of experience in college, good poise in the pocket and decent athleticism and you get a player who could sneak into the end of round 1. The processing issues and penchant for running into contact are alarming, but a team could well trade up to get a fifth year option on him, if they miss out on their guy in the first round.

Two Stories You Should Know:

The best part of the NFL Draft are the stories of draft prospects overcoming incredible challenges or changing the lives of the less fortunate in their communities. Both narrated by former College Chaps podcast guest Tom Rinaldi, be sure to check out the back stories of these two likely round one selections.

The 2021 NFL Draft is a very important one for Howie Roseman of the Philadelphia Eagles. The roster is a mess, as have the drafts been in recent seasons. It is critical that whichever player he selects at pick 12 can come in and contribute right away. Too many recent drafts have seen the Eagles try to be clever with who they select in the first round and as such have seen the roster than won them a Super Bowl grow old and fall apart. With Jalen Hurts looking like a potential franchise quarterback. The Eagles need to nail this draft. Or Howie could be looking for a new job.

ALEX IS AN NFL DRAFT AND COLLEGE FOOTBALL ANALYST AT THE TOUCHDOWN, A PACKERS AND TEXAS LONGHORNS FAN ALEX IS ALSO ONE THIRD OF THE COLLEGE CHAPS TEAM. EXPECT TO SEE ALEX POPPING UP ALL OVER THE TOUCHDOWN!

END_OF_DOCUMENT_TOKEN_TO_BE_REPLACED
Get 20% off PFF ELITE and prepare to win in 2019!