Forgive my unexplained week off. You can call it a bye week, of sorts. Mainly, I was at at wedding last week (and hand a lovely time), but it ate into the time I could spend watching football. We’re back, so expect no further delays.

What did we think to Week 8, anyway? Wembley went off without a hitch (did the Tailgate seem smaller to anyone else?), and there was barely a shock in sight. Any given Sunday indeed. Anyway, here’s my stock report. Enjoy.

This one stings. I’ve made my allegiances well known on this site, especially over the past few weeks, so you should know enough how badly this hurts to type. The New Orleans Saints are legitimately good.

Their starting quarterback missed five games with a hand injury, and, in that time, back up Teddy Bridgewater led them to five straight wins. When he came back, Drew Brees barely missed a beat. Yes, the Cardinals ARE terrible, but over 370 yards and 3 touchdowns, having missed over a quarter of the season, is pretty good going.

The Saints haven’t fallen into the trap I thought they might. Coming off an emotional end to last season, with Brees throwing a game losing interception, I thought maybe it would lead to them falling into a spiral. The opposite appears to have happened. The Saints basically control the NFC South right now. With four divisional ties coming up after their bye, they might well have the Division sewn up by Thanksgiving. Now, if you excuse me, I need to take four showers in a row. 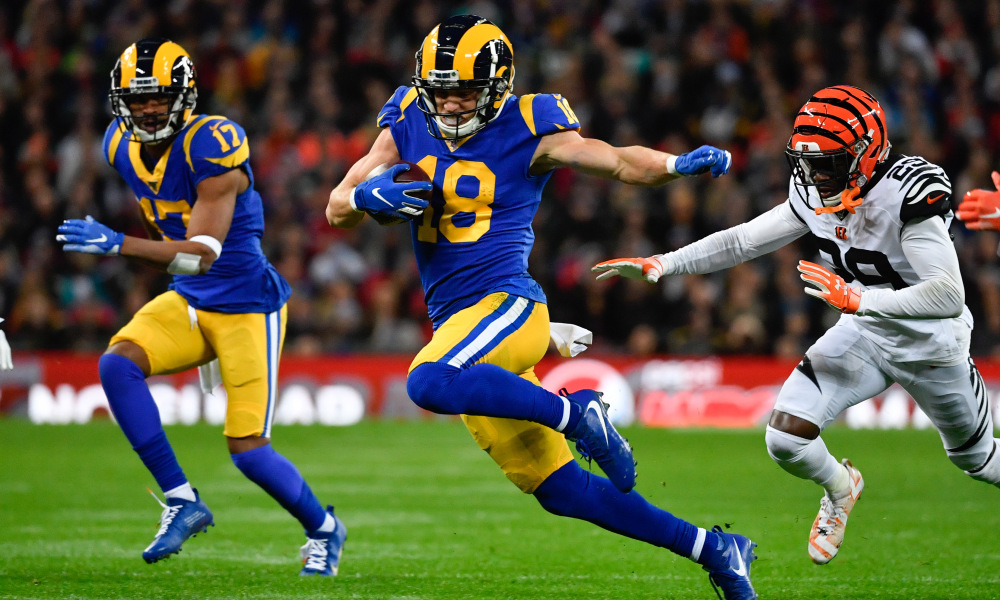 If you look down the list of the players with the most receiving yards, surprises are few and far between. Of course Michael Thomas and Julio Jones occupy spots in the top-three. Yeah, I could definitely see a scenario in which Stefon Diggs and Chris Godwin sit in the top-five. Who’s that at number two, sorry? Cooper Kupp? …are you sure?

Despite arguably starting the year as the Rams WR3, Kupp is putting up numbers his team mates can only imagine. On a crisp late-Autumn evening in Wembley, Kupp was basically given the freedom of all London. Everywhere he turned, he found endless acres of yards at his disposal. 7 catches, 220 yards, and a touchdown.

The thing is, for a lot of people, this isn’t remotely surprising. Many commentators noted the drop in explosiveness from McVay’s men following Kupp’s injury in 2018, and highlighted just how important the versatile receiver truly is. With him back, seemingly at full health, the Rams can aspire to reach the heights they hit last season. They’ll need to, if they want to at least match their 2018 output.

Again, you know my allegiance. Again, this hurts to write. But not because I’m bitter. This feels like a “what could have been” section. While the Falcons flounder in every facet, it’s both disappointing and heartening to see Tevin Coleman flourishing under all-round genius Kyle Shanahan.

The Panthers have been pretty good this season, not least defensively. But the former Falcon took his former divisional opposition to task almost single handedly, leading the 49ers to their seventh straight victory in a 51-13 blow out. 105 yards rushing, 13 yards receiving, 3 rushing touchdowns and one through the air. Coleman was pulled from the game, alongside a great number of other 49er starters, with a large chunk of the 4th quarter to go.

If the 49ers are to be the team they want to be, they will likely lean more on their ground game than their air attack. How fortunate, then, that Coleman has put up a performance like this, against a side many consider play-off contenders. One to watch, at least.

This one comes with a caveat, but, if the Kansas City Chiefs mishandle Patrick Mahomes’ injury, they could be in serious, serious trouble.

The 2019 Green Bay Packers are a good team. A really good team, as things look currently. But Matt Moore, career back up, managed to put together an offensive performance that yielded 24 points. If Mahomes is under centre, you can reasonably expect that side to win the game. The problem? The Chiefs gave up 31. Defensively, there genuine are problems. Problems that can be masked by a Quarterback dropping 400 yards each week.

The way the division is playing out, the Chiefs are looking more and more likely to be AFC West champions by default. Mahomes should absolutely not be risked over the next few weeks, in light of that. Let the MVP get healthy, and really go at the playoffs. Anything less than a reasonable recovery could derail this side completely 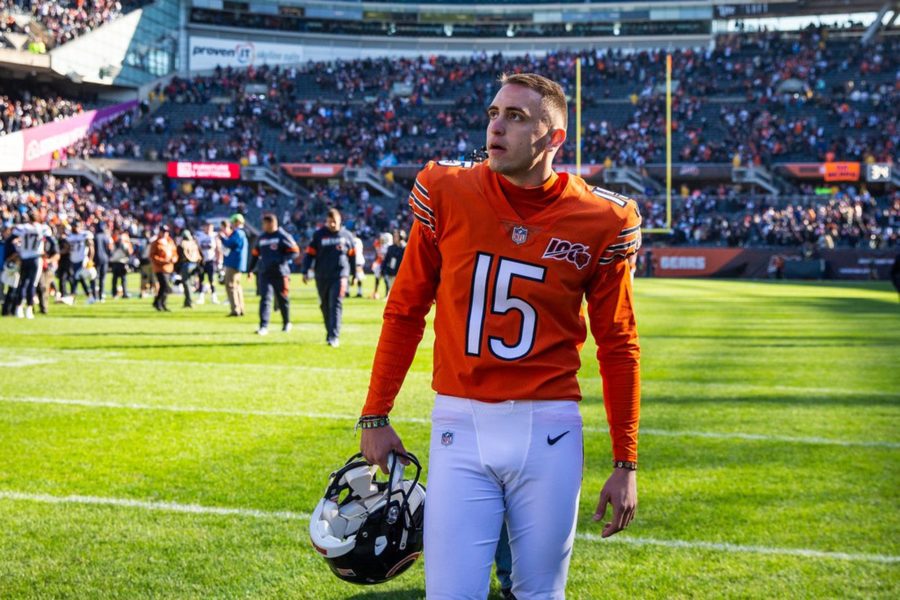 I’ve said it once, and I’ll say it again; while their defense is crazy solid, the Chicago Bears are NOT GOOD. The offense is a mess, and heads should roll if they fail to make it to January.

Look, the Chargers are a weird side. But we all thought they were sneaky deep playoff contenders heading into the season. After 8 weeks, they sit with a 3-5 record, and are going to struggle for even a wildcard spot. The Bears failed to do anything that would convince you they deserved to win the game. When it came to a game winning field goal attempt, Matt Nagy decided that, with ample time left, kneeling down instead of trying to get closer would be the best option. Pineiro missed. The Bears lost 17-16.

Where do they go from here? The coaching staff don’t appear to trust the Quarterback, who hasn’t made many great strides forward in his two and a bit years in the league. With time running out on the 2019 season, they need to find a winning formula, or risk wasting another year of their unbelievably good defense.

I’m calling it right now: the Cleveland Browns are over. We all dreamed of what a successful Browns outfit could look like. Over the offseason, it even looked like they might be just that. But, as they slump to 2-5, albeit against a very good Patriots side, we’re left picking up the pieces and trying to figure out what the hell happened.

A lot of it, from my point of view, stems from “Koetter-ing” their Head Coach search. Terrified of losing the guy they believed got the best from their number one overall pick Quarterback, the Browns fast-tracked Freddie Kitchens to the role of Head Coach well before he was ready. What they got wasn’t a continuation of the encouraging performances at the tail end of 2018, but more of the same. Kitchens and his staff are out of the depth, and they run the risk of ruining the guy they picked to face up their franchise for the foreseeable future.

2019 was supposed to be the year the Cleveland Browns shook their “lovable loser” tag, and became a genuine contender. Instead, they sit third in the AFC North, below a pretty bad Steelers side. Maybe 2020 will be better?

2019-10-30
Previous Post: McVay vs McVay 2.0? Not Yet, If Ever
Next Post: Defensive deficiencies see Bengals problems continue

END_OF_DOCUMENT_TOKEN_TO_BE_REPLACED
Get 20% off PFF ELITE and prepare to win in 2019!