At the start of the 2019 season everyone understood what Miami was trying to achieve. They tore their roster apart, trading or releasing several veterans, cutting salary and stocking up on draft picks. The plan was simple; lose a lot and then start again.

The major problem with this was that seemingly no one told the players, or more specifically the Head Coach. Brian Flores did a wonderful job last season and the Dolphins won five games, including a victory over Brady and the Patriots which had major impacts on the playoffs. The talent on the team was far from great, over-performing wildly against expectations. However, despite their success they still got a top-five pick while learning a lot about their coach and where they stood going forward. 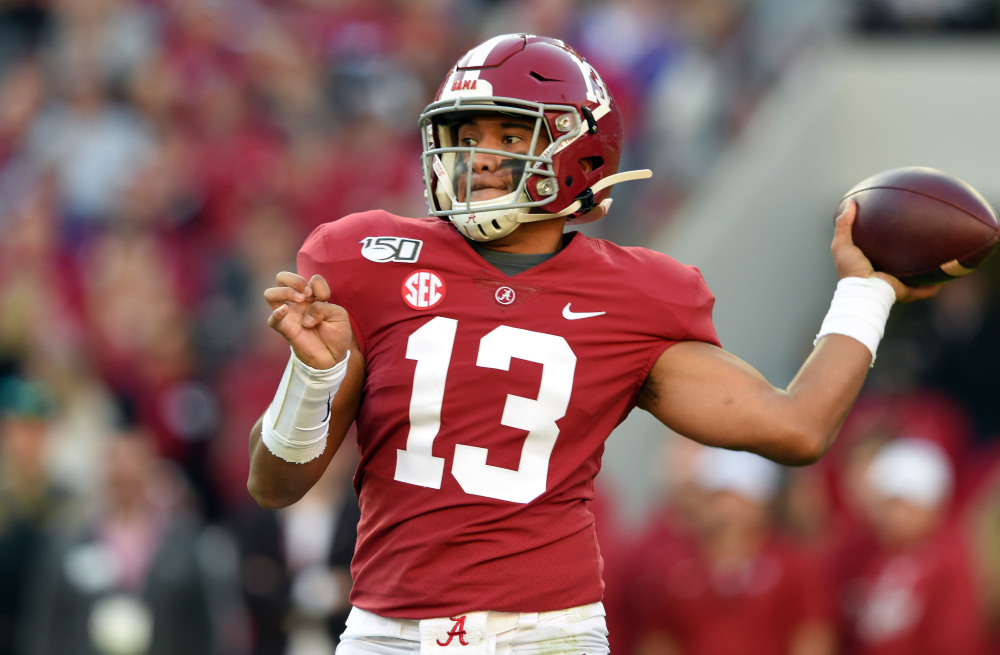 This offseason the rebuild began in earnest. On defense the Dolphins spent big on Byron Jones to pair alongside Xavien Howard. They also picked the bones of their AFC East rivals, adding Kyle Von Noy and Shaq Lawson.
The main upgrade on offense came in the Draft with the addition of Tua. Although it is yet to be seen if he starts Week 1, there is no denying his talent and the potential for the future. The Dolphins also looked to improve their terrible run game with the free agent pick up of Jordan Howard and trading for Matt Brieda during the draft.

If you have Ryan Fitzpatrick as your QB there will be exciting games but maybe not translate into that many wins. This pretty much sums up what the 2019 Dolphins offense was. For 2020 the one question will be on all Dolphins fans lips in relation to the offense is “when will Tua start?”. The injury and the lack of team activities over the course of the summer will hinder his progress. Therefore, expect a situation where Tua doesn’t start until the middle of the season. 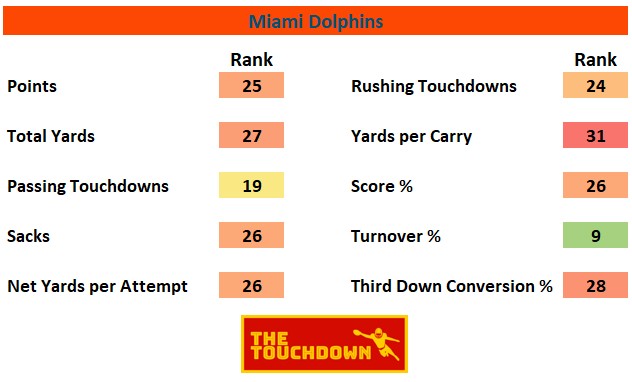 One area the Dolphins must improve is their run game. Last season they had the worst rushing attack in the league, averaging just 73 yards per game. Even when you take into account the devaluation of the run game with how often they were trailing this number was disappointing. The team have tried to address this with the additions of Brieda and Howard as well as extensive offensive line improvements.

A functioning run game will take the pressure off of Tua when he does take the field. If the Dolphins want to make significant steps in 2020 then they need to improve both areas of their offense.

No Team allowed more points in 2019 than the Miami Dolphins so the only way is up! The Dolphins spent heavily on their defense this offseason as they looked to improve their ability to get to the QB, a feat they only managed 27 times last season. 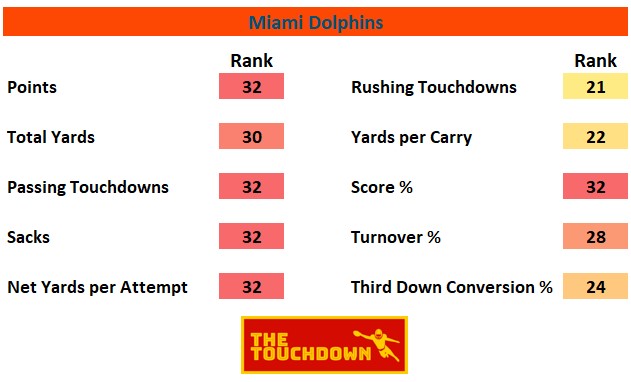 In the secondary they paid for Byron Jones and drafted Noah Igbinoghene, who will play alongside Xavien Howard. All three are seen as press corners so the pass rush will be vital for this scheme to work. This unit has a chance to make a massive improvement in 2020 but frankly any improvement will be very welcome.

2020 should bring more excellent coaching from Flores and given the additional talent more wins will likely come. The question will be when does Tua start? Look for that to be around Week 6 and with it should come good things.

END_OF_DOCUMENT_TOKEN_TO_BE_REPLACED
Get 20% off PFF ELITE and prepare to win in 2019!