EA have gotten annual releases down to a science, at this point. Be it FIFA, or Madden, or whatever, their approach is always the same. Take the base game from the previous year, add or tweak certain aspects of the gameplay, et voila. You’ve got the next game in your series. Doing just enough to dispel the notion that you’re “just releasing the same game with squad updates” (unless it’s FIFA on Switch).

With Madden 20, EA’s Tiburon studio has looked at this tried and tested approach, and decided to do a bit more. While Madden 20 isn’t a full scale revolution of the series, it’s certainly just a bit more than an incremental evolution, and adds enough to make this seasons edition more than worthwhile.

For example, Aaron Donald is regarded as the best player in the league. In Madden 19, Donald was absolutely a wrecking machine…but he was still just a defensive lineman. In Madden 20, however, Donald can be a true game breaker. 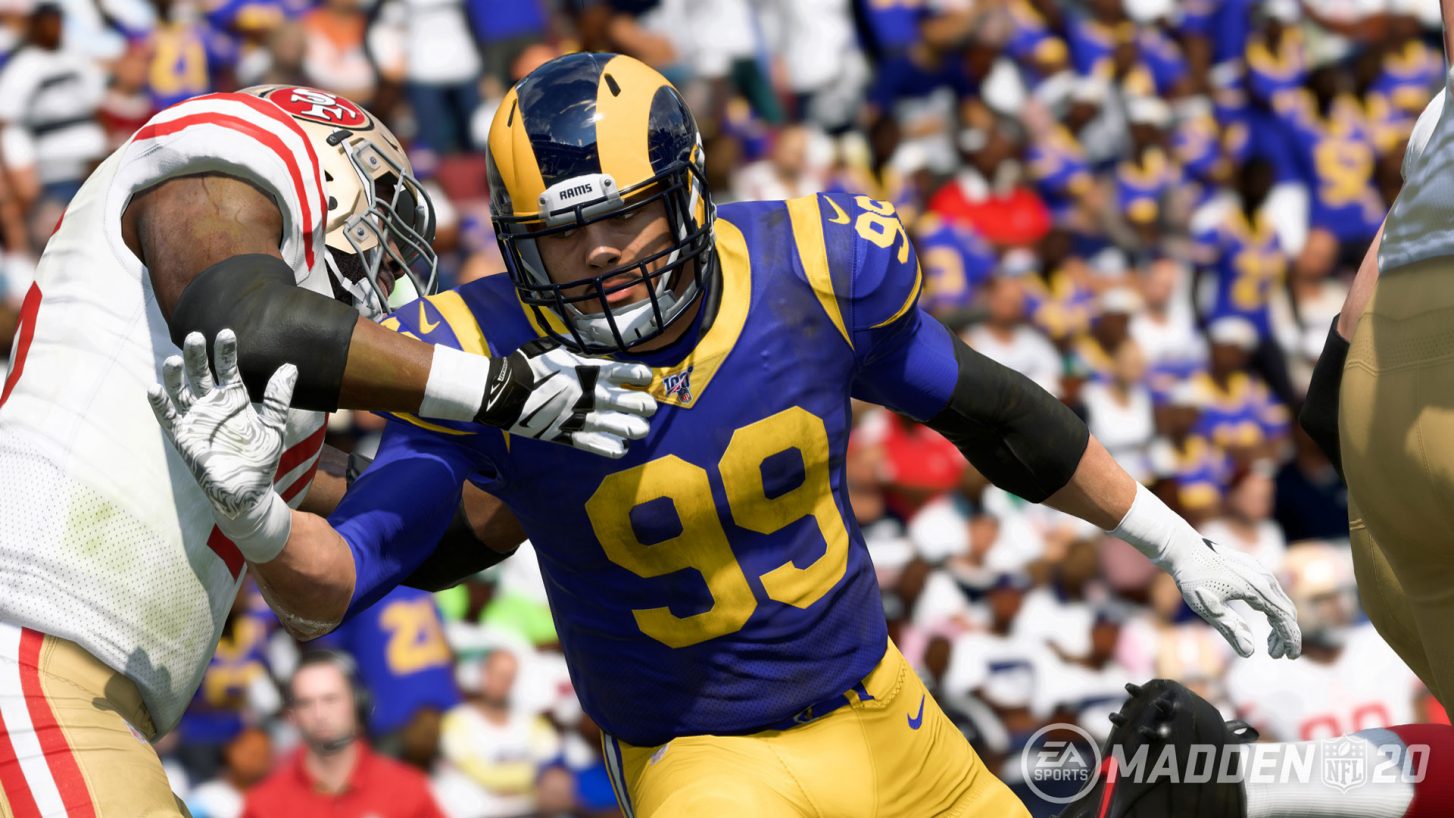 Getting players in “the zone” is key to winning games on Madden 20, and these 50 players all have “zone” abilities that can destroy your opponents gameplan. Get two sacks with Donald, and he unlocks the “Fearmonger” ability, which applies pressure on the quarterback even when engaged with a blocker, leading to a higher chance of inaccurate passes being thrown.

Players can be knocked out of the zone, of course. If you pick up 30 offensive yards, Donald goes back to being regular old Donald. But it’s these abilities, turning players into almost superhuman versions of themselves, that makes Madden 20 the most fun it’s felt in a while. Tossing up passes with Aaron “Gambler” Rodgers (can’t be intercepted by AI defenders to Julio “Double Me” Jones (catches every ball when in single coverage) is a thrill. It’s the best of Madden distilled into its purest form.

X-Factor status isn’t limited to these 50, however. Should you choose to start a Franchise save, players can develop and learn these abilities as they hit certain milestones and targets. Should they miss said targets, they can lose their abilities. It’s a give and take rarely seen in Madden, and it’s certainly welcome in improving the Franchise mode experience.

The next big addition to the series is a mode called “Face of the Franchise”. In Maddens 18 and 19, solo players have been able to take control of “Devin Wade”, in a strangely compelling story mode called “Longshot”. Well, Longshot has been cast away in favour of something a little more personal.

“Face of the Franchise” sees you create your own quarterback. You get full control over how they look, sound, and their in-game animations. From there, you choose to join one of several real life College teams, and pick up as their starting quarterback in the 2019 play-offs. Based on your performances in the playoffs, subsequent combine, and team interviews, you’re then drafted by a team, and you go into a career mode as your quarterback. 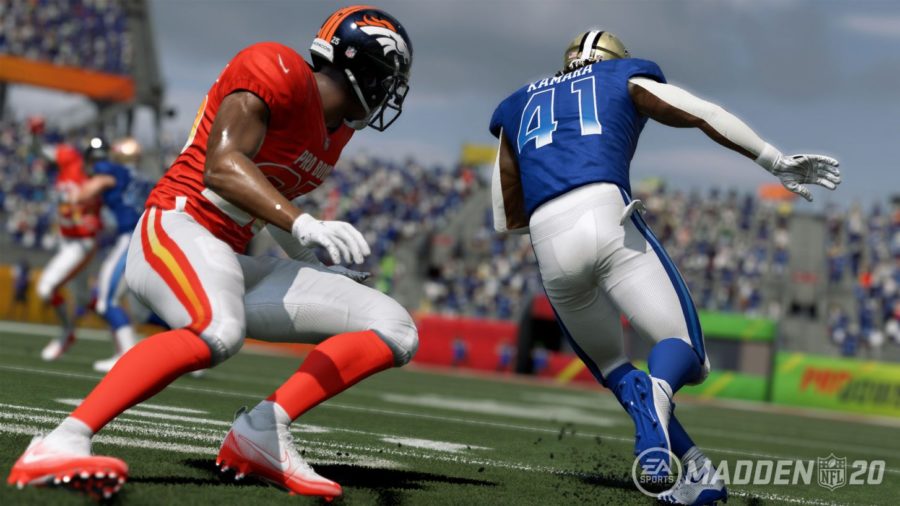 What’s most compelling about this mode is the sheer range of outcomes you can have. While I was selected 23rd overall by the Dolphins, I know people who have been taken 6th by the Broncos, and others who have been released prior to the season after being selected in the fourth round. While that may be harsh, it adds stakes to a mode that, otherwise, didn’t really have any.

Disappointingly, however, is just how quickly the story-type elements run out. From the moment your College career ends and your actual career begins, you’re constantly messaged by your coach, opposition players, and characters met through the college section of the game. Once your rookie season is over, however, it becomes something resembling a straight career mode. I understand the team behind the mode are planning on releasing updates to reflect real life throughout the season, but, as of right now, it just feels somewhat half-baked.

Re-joining the fray in Madden 20 is EA’s ever popular “Ultimate Team” mode. I’m not going to go into too much detail here, simply because I outright refuse to give it much of my time. Yes, you can conceivably build a competitive team here if you put in enough time. Or you can spend real money on a game you’ve already spent real money on, on the off chance you snag a good player through the luck of the draw.

EA make billions of dollars a year though their Madden and FIFA ultimate team modes, and a lot of that comes from preying on children, recovering gambling addicts, and those with compulsive personalities. As much as they try to defend it, Ultimate Team is gambling in all but name, and has no place in a game rated 7+.

Yeah, I’d say so. Realistically, if you’re reading this site, the likelihood is you’ve either already bought it, or have made your mind up already. But Madden 20 does enough to justify a purchase over sticking with 19, for sure.

It certainly bodes well for the future. The groundwork has been laid out here to suggest Madden 21 and beyond will continue to grow its roster of “X-Factor Superstars”. Of course, it remains to be seen whether EA will make good on their promise of consistently updating their Scenario Engine. Regardless, Madden 20 is a worthwhile entry into the series, and one most NFL fans will get along with just fine.

END_OF_DOCUMENT_TOKEN_TO_BE_REPLACED
Get 20% off PFF ELITE and prepare to win in 2019!