An unexpected email from one of the most famous people in college football history prompts George to dust off his suit one more time for another lesson in NFL Draft history: 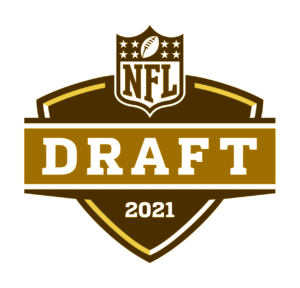 Just like that classic line from the Godfather, “just when I thought I was out, they pull me back in”….

Yes, I told y’all that Thursday was going to be my last History Class of the year, but then I got an email from someone I hold in the highest esteem. And that email told a story that I hadn’t heard before. So this, was more than enough to pull me back in….

But back to that email. The story comes from one of sports greatest ever story tellers and the most recognisable voice in college football – Verne Lundquist.

Verne Lundquist And The Story Of Dave McDaniels

Verne tells the story of someone almost completely unknown in draft history. In fact a player which never actually played for the team that selected him. This is the story of Dave McDaniels and the Dallas Cowboys:

“Gil Brandt of the Cowboys sent one of his scouts out to look at a tall, thin wide receiver named David McDaniel who played for Mississippi Valley State (pre Jerry Rice).  The scout placed tape down to measure a forty yard distance.  He had a cameraman tape the event, held up his stopwatch, yelled “go” and timed the guy hurtling over the measured distance. The scout stared in amazement at his stopwatch, called Gill, and screamed into the telephone, “I clocked him at 4.29.”

“The Cowboys drafted Davd McDaniel in the 2nd round.”

“When the team arrived for training camp in Thousand Oaks, California, and timed McDaniel once again, the best anyone could coax out of a stopwatch for McDaniel was something like 5.1.  The scout went back and reviewed his original video tape, he realized to embarrassment, amazement, and shock, that he had set the distance at thirty yards, not forty.

David McDaniel of Mississippi Valley State never played a down for the Dallas Cowboys.  The scout never timed another tall, thin wide receiver”.

1968 was only the second year in which both the NFL and AFL would select jointly, and the draft was held in New York over seventeen rounds. This draft class would yield eight Hall of Famers, although three names jump off the page at me:

As Verne points out, Gil Brandt’s participation in this draft was as Chief Talent Scout and Vice President of Player Personnel of the Dallas Cowboys. And of course, this is how we best know Gil and really why he was inducted into the Hall fo Fame. While 1968 would not go down as his finest draft moment, the scouting system that Brandt set up with the Cowboys revolutionised the game and drove how the league would scout new talent right up until today.

If you are not familiar with the impact that Brandt had on the recruitment process, he was instrumental in establishing the use of measurable qualities and skills to create data with which to compare players. He scouted other sports such as basketball to establish similar traits which were transferable to football, recruited outside of the USA into Canada and Europe, and pioneered the use of psychology tests to identify a player’s football intelligence. Gill Brandt was one of the key drivers to establishing what we now know as the NFL Scouting Combine.

During his time in Dallas, Gill Brandt uncovered talented stars such as Roger Staubach, Ed “Too Tall” Jones, Drew Pearson, Randy White and Tony Dorsett – all players who helped the Dallas Cowboys dominate during the Tex Schramm and Tom Landry era.

Gill Brandt was inducted into the Pro Football Hall of Fame in 2019. Needless to say, Dave McDaniels didn’t quite make the cut for Canton.

Larry Csonka is a name which is synonymous with the Miami Dolphins. Csonka had played fullback at Syracuse, albeit starting life in New York as a middle linebacker. In 1965 he switched to fullback where he excelled, breaking school records including the most rushing yards (2,934 yards). During his time with The Orange he rushed for 100 yards in 14 different games, averaging 4.9 yards per carry during his fullback collegiate career.

Csonka was selected #1 by the AFL in the 1968 Draft, and #8 overall. His career with the Dolphins nearly didn’t get beyond his third game when he suffered concussions in his first two league games. However, Larry recovered from this terrible start and went on to a run of appearances where he did not miss a game for the next four years.

Csonka led that excellent Dolphins rushing game which dominated the NFL during the early 70’s, culminating in appearances in Superbowls VI, VII and VIII – two of which they won.

Larry Csonka’s physical and aggressive style made him the stuff of legend in Miami, even though he would go on to play in New York with the Giants for three seasons. ‘Zonk’, as he was affectionately known, was voted Superbowl VIII MVP and ended his NFL career rushing for 8,081 yards and 64 touchdowns.

Csonka was inducted into the Pro Football and College Football Halls of Fame in 1987 and 1989 respectively.

As an Alabama Crimson Tide fan, Ken Stabler is a name which is held in the highest regard by the Tuscaloosa faithful. “The Snake” was recruited by Bear Bryant and was on the Alabama roster along with Joe Namath and Steve Sloan which won a National Championship in 1964.

As a Junior he was the starting QB for The Tide, and led his team in 1966 to an undefeated season and a Sugar Bowl win over Nebraska – but not a National Championship. Stabler’s senior season was less successful, but he did place himself in Alabama folklore with his “run in the mud”,  a 47 yard touchdown to win the Iron Bowl for the Crimson Tide – who had been behind for most of this game.

Stabler was selected by the Oakland Raiders in the second round of the 1968 draft and chose football over baseball – where he was drafted by the New York Yankees in 1966, the New York Mets in 1967 and the Houston Astros in 1968.

In college, Stabler was known as a scrambling quarterback making plays with his feet, but a couple of severe injuries to his knees transformed Stabler into a classic pocket passer, which suited John Madden’s style with the Raiders. In 1977, surrounded by Hall of Fame weapons Fred Biletnikoff, Cliff Branch and Dave Casper, Stabler led the Raiders to win Superbowl XI. Stabler would leave the Silver & Black and go on to play for Bum Phillips in Houston with the Oilers and the Saints in New Orleans. Kenny Stabler ended his career having thrown for 27,938 passing yards and 194 touchdowns with a career passing rating of 75.3. The Snake was indicted into the Pro Football Hall of Fame posthumously in 2016.

So this really is my sign-off for the 2021 Draft History Class series. But what a way to go out! I hope you enjoyed some of the history and stories which come out of the draft every year. I am certain we will be writing about the 2021 Draft for years to come.
CLASS DISMISSED!

END_OF_DOCUMENT_TOKEN_TO_BE_REPLACED
Get 20% off PFF ELITE and prepare to win in 2019! 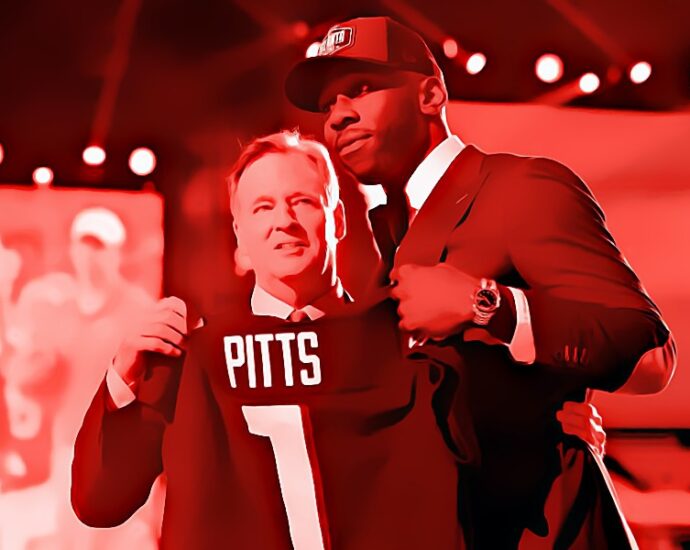