NFL DRAFT History Class: From FCS To Best Of The Best - part 3

Here we are but a matter of hours until the curtain comes up on the 2022 NFL Draft in Las Vegas.

So far in my FCS History classes one and two, I have covered some of the greatest players ever to step foot on NFL turf. However, I bet you are thinking; ‘yes but those players were a different generation – no way teams are getting that value now’. So how about I throw in some talent currently playing the game? Which should, for once and for all, prove that FCS football is always a rich source of NFL calibre talent.

So who makes it in to The Touchdown’s ‘class three’ of FCS superstars? 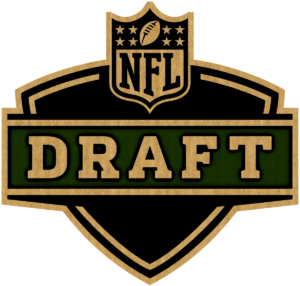 Wide receivers have featured heavily in this series so far  – in fact, the three greatest wide receivers to play the game are already off the board, so the bar has been set high.

What about the hottest wide receiver in football right now?

Fresh in everybody’s minds is the season that Cooper Krupp just had for he LA Rams. Lest you have forgotten (or been living in a cave) let me remind you that in 2021 Cooper Krupp became only the fourth player in NFL history to lead the league in receptions, receiving yards and receiving touchdowns. In this stand out, Super Bowl winning season Kupp was named Offensive Player of the Year and Super Bowl LVI MVP.

Kupp’s journey to the NFL was destined. His father and grandfather both played Pro Football, and the Kupp’s are only one of five families to have had three generations selected in the NFL draft.

Hailing from the State of Washington, Kupp went to school at Eastern Washington and had an exceptional four years in Cheney, WA. After a record breaking freshman season, Kupp continued to break FCS records all the way through his college career. After his 2015 junior season, Kupp surprised many by foregoing the NFL draft and returning to Eastern Washington for his senior year.

Kupp’s return was well orchestrated, as he went on to become the all-time FCS leading receiver in terms of both total receptions and total receiving yards. Over the period 2006-2009 Cooper Kupp scored 73 receiving touchdowns, breaking the previous record of 58.

After a good Senior Bowl appearance in 2017, Kupp was selected by the Los Angeles Rams with the 69th overall pick in the third round.

The rest, they say is history.

Kurt Warner’s journey to the NFL is a meandering one. So much so that a movie was made of it. A lot has been made of the unorthodox manner in which Warner made it to pro football, including some time playing in NFL Europe; however, Warner did in the beginning follow the traditional student athlete route.

Born in Iowa, Kurt Warner attended the University of Northern Iowa where he ended up on the football team’s roster as third choice quarterback. Warner would have little playing time until his senior year, when he was named starting QB.

In his starting season, Warner passed for 3,000 yards and 17 touchdowns amidst a winning season for the Panthers, and he was named the Gateway Conference Offensive Player of the year.

As we know, Warner made it to the NFL – via a spell with the Amsterdam Admirals – when he signed with the St Louis Rams.

Warner’s wait was worth it as he would go on to play on the “Greatest Show on Turf” team, alongside Marshall Faulk, Torrey Holt, Isaac Bruce and Az-Zahir Hakim.

Warner’s career is the stuff of fairytales, where he went from FCS football to undrafted free agent to NFL Europe to signing with the Rams. Warner finished his career as a Super Bowl champion, Super Bowl XXXXIV MVP, two time league MVP and Walter Payton Man of the Year, amongst many other honours.

Warner returned to another Super Bowl – his third – with the Arizona Cardinals, where they lost to the Pittsburgh Steelers. In playing in this game Warner joined an elite quarterback club who had thrown a touchdown pass in three Super Bowls .

In a true Hollywood ending, Kurt Warner was inducted into the Pro Football Hall of Fame in 2017.

If it feels like this series is highlighting more wide receivers than any other position, then it’s because it really is. I don’t know why the receiver position has dominated the FCS conversation but we sure have covered some outstanding wide out players. Take Andre Reed for example.

Reed is another player – like many already written about – who played the majority of his football for one team. Yes I know that Reed signed for the Broncos and Washington, blah blah – but he is best know and loved by the Bills Mafia for being a cornerstone of that wonderful Buffalo team which played in four Superbowl’s during the 80’s. Reed played alongside Jim Kelly, Thurman Thomas and Bruce Smith in what was a golden period for the Bills.

While some FCS teams written about in this series will be familiar, it is unlikely that the name Kutztown University of Pennsylvania is overly familiar. Truth is very few players graduate from Kutztown and make it to the NFL. The answer is seven, with only four coming through the draft. In fact, at the time Andre Reed was only the second player in Kutztown history to be drafted. What makes this story all the more remarkable is that Reed’s NFL career led him to a gold jacket and his induction into the Pro Football Hall of Fame in 2014.

Reed had an impressive college career in Pennsylvania, ending his time there 142 receptions for 2,020 yards and 14 touchdowns. This was enough to catch the attention of NFL scouts, and particularly the Buffalo Bills, who drafted Reed with their 86th pick in the fourth round of the 1985 draft.

Reed’s induction into the Hall of Fame, while slower than most anticipated, is fully justified. Despite being up against the other great receivers I have already mentioned – Rice, Moss & Owens, Andre Reed stands toe to toe with them.

Look at the NFL record books and Andre Reed is there in 2nd or 3rd position. This shouldn’t be a slight on the man from Allentown, far from it. But nor does Andre Reed get as much airtime as the other three receivers mentioned in this series. Or Kutztown. We definitely should talk more about Kutztown.

The Best of the Rest

I did debate (with myself) who should be the last player to be added to the class. But really there are so many to choose from. Some still in their NFL careers such as Jimmy Garoppolo who played at Eastern Illinois or Carson Wentz who we all know played at North Dakota State. But others as these pages have demonstrated have climbed to the very peak of their sport – whether as Super Bowl winners or Hall of Fame inductees. So here is my pick of the rest….

Phil Simms – Morehead State. Simms was a first round pick out of Morehead by the NY Giants in 1979.  Simms won Super Bowl XXI with the Giants and was voted MVP after the game. Simms also holds the record to this day of the highest QBR rating in any Super Bowl.

Steve McNair – Alcorn State. While we are on the subject of quarterbacks, lets talk about Steve McNair. If you have watched McNair’s ‘A Football Life’ you know how talented a QB he was, and how much people in the game loved him. In many ways McNair helped shape the Oilers/Titans franchise. Interesting fact is that McNair was offered a full scholarship by the University of Florida but in the running back position. McNair declined and went to Alcorn where he got to play the position he preferred.

Shannon Sharpe – like many written about so far Shannon Sharpe had a fantastic college career at Savannah State before being drafted by the Denver Broncos in the seventh round of the 1990 draft. He was drafted as and started his NFL career at wide receiver before the Broncos converted him to tight end. Sharpe’s game was transformed, and he won two Super Bowl’s in ten seasons with the Broncos before winning a third ring with the Baltimore Ravens. Sharpe returned to the Broncos before retiring in 2003.

In a year and a draft where it is hotly tipped for the Green Bay Packers to finally draft a wide receiver, it reminded me of a player who was drafted out of Alcorn State and travelled almost the full length of the Mississippi to play his football in Green Bay.

That long trip was worth it for both parties, as Donald Driver arguably became Green Bay’s greatest ever wide receiver.

In 2009, Driver became the Packers all-time leading receiver in catches (596), and in 2011 Driver broke the Packers’ all-time receiving yardage record. Driver played with both Brett Favre and Aaron Rodgers.

Well that’s this year’s history class over, and I hope you enjoyed it. It has been a real learning experience to see how many true greats of the game started from humble beginnings.

So this year, I have my eyes on the likes of Trevor Penning, Christian Watson, Bailey Zappe and Braxton Jones to name but a few, to see how and where their NFL careers start.

END_OF_DOCUMENT_TOKEN_TO_BE_REPLACED
Get 20% off PFF ELITE and prepare to win in 2019!