After reaching the playoffs in the previous season optimism was high in Buffalo. Once the Bills drafted Allen at 7, it was expeted that the Bills would take a step back for the long term benefit of the franchise. 6-10 shows that step back, however they now believe they are better set up for the long term with a Franchise QB at the helm.

Offseasons are easier if you have a plan. The plan in Buffalo was simple, help Josh Allen in anyway you can. They signed; John Brown, Cole Beasley and Tyler Kroft to boost the skill positions. More importantly they signed 6 offensive lineman. Their job will be to keep Allen as protected as possible. They had a good draft adding to an already excellent defense with Ed Oliver. With his elite athleticism they hope to push the defense into the top tier of the league. The offseason has been positive for the only team based actually in New York, and they will be looking forward to the start of the season. 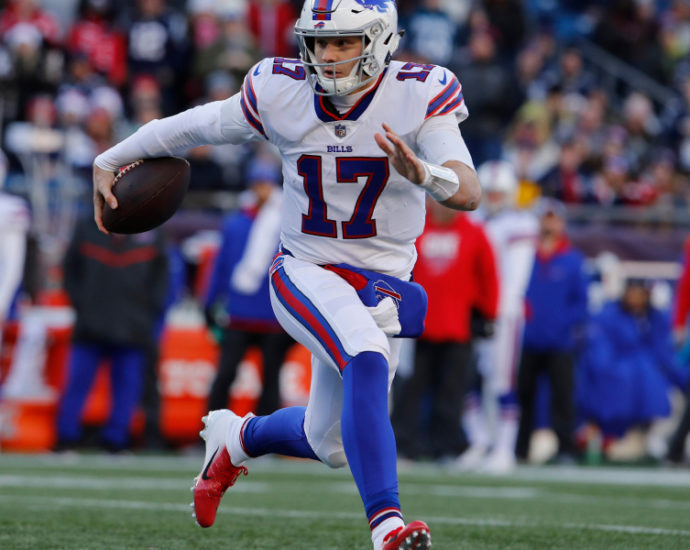 Throughout the years there have been many divisive things in the world. Marmite, New Coke, whether Die Hard is a Christmas movie? At present the NFL is split on whether Josh Allen is a Franchise QB. In the lead up to the 2018 draft he would be best described as polarising. That hasn’t really changed after his first season. Allen flashed promise. He clearly has big-play ability. Though he is wildly inaccurate at times and is more likely to take off than go through his progressions. He has to improve, and he needs his skill players to step up.

What is positive is the depth the team now has on the offensive line. Allen shoudl have more time in the pocket now. Underappreciated assets such as Ty Nsekhe and Quinton Spain added along with premium acquisation center Mitch Morse can provide a platform for plays to develop. If this happens the Bills can be an exciting watch this year.

With Sean McDermott as the coach the Bills defense has improved dramatically. Last year it was 2nd in yards allowed per game. It could well be that conditions in Buffalo come November help, but the defense was more than solid and assisted the Bills in being very competitive.

The team has an exciting young core at all levels with Tremaine Edmunds, Tre’Davious White and Ed Oliver due to show why he was drafted in the top 10. I see them as a top 5 defense again this season.

The season rests on the progression of Allen. There is a scenario where he improves dramatically and the Bills win 10 plus games. I can’t see it. More likely is that Allen is still inconsistent as he develops and the Bills are a middling team. Second best in the division is still up for grabs and that’s how I see it playing out.

END_OF_DOCUMENT_TOKEN_TO_BE_REPLACED
Get 20% off PFF ELITE and prepare to win in 2019!