Are the Indianapolis Colts the AFC’s dark horse?

The season is heating up. 11 weeks in, and we have a very clear picture of who is going to be involved down the stretch. This weekend didn’t throw up too many surprises, but it gave us our best look yet at what certain teams really are. Or could have been, in one teams case.

Either way, here he is, once again, to tell you who’s burning bright, and who’s burnt out. Let’s go.

I’ve talked about the Indianapolis Colts before, but I am all in on them right now. Indy swang their doors open to divisional neighbours, Jacksonville Jaguars, and beat them down from start to finish. The Colts now at 6-4, atop the AFC South, and in the driving seat to take the title.

Granted, the Jags have been very “ok-ish” this season (RIP Minshew Mania u will be missed), but a comprehensive victory over a divisional rival isn’t to be sniffed at. At no point did it feel like the Colts were losing that game. Jacoby Brissett was hardly vintage, but did enough to keep things ticking over. The ground game was the real winner, here, with Marlon Mack and Jonathan Williams combining for over 220 yards between them. And the defense? Forget about it. Nick Foles was forced to throw 47 times. That’s not a recipe for success. Fournette won’t be getting that big pay day in Jacksonville, folks.

For the Colts? A trip to Houston. Another divisional clash, and an opportunity to consolidate that top spot. You know what? I reckon they can do it.

The three losses were projected a mile off. Patriots? Good luck. Eagles? Eesh. Brow…wait, Browns? Ok, so the schedule has been relatively kind. But, this time last year, on this schedule, you could probably see a scenario where they’re 3-7. Is it sustainable? Who knows. They’ve been just as likely to lose the games they’ve won, which is troubling. Aside from doing over the truly horrific Washington/Dolphins duo, they’ve not been truly convincing against anyone.

The final 6 games of the season is rough. Broncos, Cowboys, Ravens, Steelers, Patriots, and Jets. The AFC is weak, though. That Steelers game could be the make or break for their playoff aspirations. Would take a braver man than I to bet against them.

At 3-7, no team should be worth keeping an eye on. But this is my thing, and my team, and I’ll write what I like, thank you very much. The Atlanta Falcons are back, baby. Who’s beating us? No one. Fire up that Paul Rudd “Hot Ones” clip, and play it on repeat. Look at us. Who’d have thought? Not me.

Am I hamming it up? Yeah, a bit. But, since the bye, the Falcons have played twice, away from home, against two divisional rivals, both of which have playoff aspirations, and have won by a combined score of 55-12. The Atlanta Falcons, who couldn’t get a stop, let alone a win, as recently as three weeks ago, have utterly humiliated the New Orleans Saints and the Carolina Panthers in their own living rooms. Where the hell have you clowns been all season? Why did you wait ‘til it was too late to show us what you had?

There isn’t really a happy ending on the horizon for this team. The NFC is too strong for them to even think 9-7 can be enough to make the post-season (a boy can dream), so where is this going? Credit where it’s due; at no point has it felt like Dan Quinn had lost the changing room. They coaches are coaching for their livelihoods, and the players are playing for their coaches. If they keep this up, they might just succeed.

Make no mistake, the Cardinals aren’t great. Again, it’s a divisional match up, and these things can be a toss up, but the 49ers went into this at 7-1, off the back of a heartbreaking loss to the Seattle Seahawks. They needed a statement, bounceback victory to wipe any doubt from our minds. They did half of that. A last minute comeback win might well be mouthwash to get that bad taste of an overtime loss from their mouths. But it’s hardly the way you expect the top side on the league to dispatch one with 3 wins.

Why should you worry, though? They are 9-1, after all. Top of the division! Top of the conference! How about a back 6 from hell? Packers, Ravens, Saints, the unstoppable Atlanta Falcons, Rams, and Seahawks. That’s…tough, to say the least. You better hope they’re more than just fine, Niners Nation. 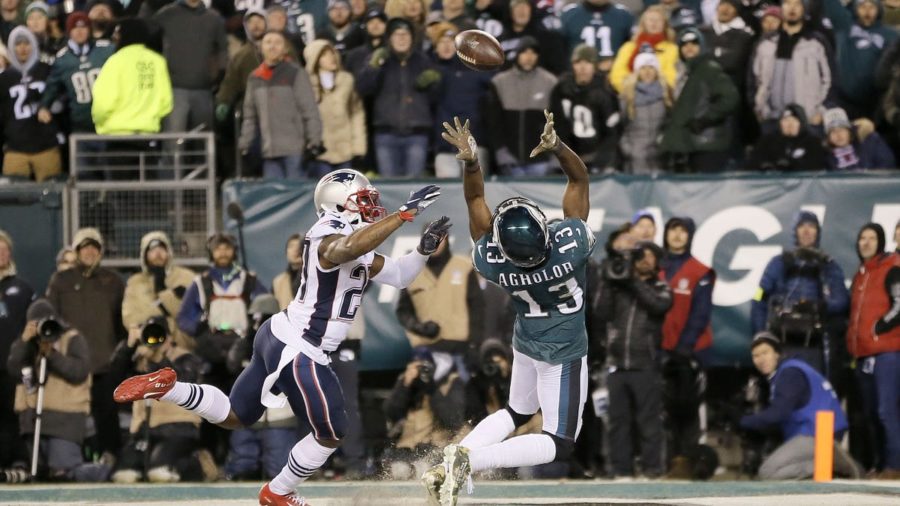 Are the Philadelphia Eagles actually bad? This is a question that plagues me on a daily basis. I can’t sleep at night because of this question. A season and three quarters removed from their finest hour, the Eagles sit at 5-5, and lacking much of an identity. It’s a weird, weird thing. They should be better than this. Shouldn’t they? I don’t know. Someone tell me.

Here’s the thing; the Patriots are pretty good. The Patriots defense is REALLY good. The Patriots were there for the taking on Sunday. Carson Wentz and his boys just didn’t grasp the opportunity. And they suffered because of it. Worst of all, they looked like a side utterly devoid of personality. The trick plays and creativity that had become common place in Dou Pederson’s offense have disappeared. This is a side that is neither brilliant on offense, or particularly great on defense. They’re just alright, at best.

Fortunately for them, they’re still in the hunt for playoff football. The Cowboys haven’t taken total control of the division, and, as long as they can keep their heads above water, that 22nd December clash could well decide the East. I wouldn’t count on them to survive that long, mind.

This one is a sad one, because he’s been so good for so long. Philip Rivers, it might be over, my guy. The best Quarterback from the 2004 draft class is well and truly washed. His arm appears to have gone, his accuracy appears to be shot, and he appears to have hamstrung this wonderfully talented Chargers team to a lost season.

A career that started with passes against the Kansas City Chiefs has ended against the very same. Mexico City was braced for a divisional (there it is again) clash of two sides trying to prove themselves. One as one of the best in the league, the other as a still relevant force. Rivers took to the site of the Hand of God, and threw up 4 interceptions in a one score loss. Make no mistake; this loss was on Philip.

Rivers will go down as one of the best to have never won it. The guy that neither San Diego, nor New York, really wanted to begin with. Rivers has carved a career as the only Quarterback the Chargers ever really needed. Hell, they traded Drew Brees because of this guy. You don’t do that for just anyone. Sometimes the time just comes. That time, I’m afraid, is now. The Chargers season is over. Let’s enjoy the last of Philip Rivers from this point out. Godspeed, my man. It’s been real.

END_OF_DOCUMENT_TOKEN_TO_BE_REPLACED
Get 20% off PFF ELITE and prepare to win in 2019!