The NFL Draft is over, and we cannot head into the three-month abyss that is the offseason without looking at what all 262 selections mean for each franchise. Whilst too early to judge just how successful a draft class each team’s was, we can look at how rookies fit within schemes, where they stand on depth charts, and who we can expect to make an impact in 2022. We continue our team by team series with the Pittsburgh Steelers:

Opening night was all about the Steelers’ finding their new ‘face of the franchise’. Ever since Mitchell Trubisky’s contract details revealed that he was on backup money, the hunt was on. Mike Tomlin and co. were all over the big name QBs and they showed excellent restraint in staying put and still getting the pick of the bunch at no.20 overall.

Whether Kenny Pickett can compete at the level needed to take hold of the AFC North is another question. No doubt, Pickett was the most pro-ready QB but when your division contains Joe Burrow, Lamar Jackson and Deshaun Watson, it’s unlikely you’ll be anything other than fourth best. That shouldn’t deter Steelers’ fans, his accuracy paired with a physical run game and strong defense can certainly compete at the business end of the season.

The problem was always that it simply wasn’t the year to need a quarterback. The Steelers took that gamble and will be judged accordingly. Luckily for Pickett he should slip straight into routine considering he stays in town and plays his home games at the same venue as during his college career. Perhaps it was always meant to be!

The Steelers first move on Day 2 was to find Pickett another receiver. It has been slim pickings since the departure of Antonio Brown and they should feel quite lucky that there was a solid option still on the board in Georgia’s George Pickens. Pickens has first-round potential but injury derailed his college career. His flashes show the hallmarks of a true number one and he has the nasty streak that will go down well in Pittsburgh.

Round 3 saw the addition of versatile defensive line piece DeMarvin Leal. Leal was another prospect who entered last year as a hot name but got pegged with the ‘tweener’ tag after a quiet season for Texas A&M. He can line up along the defensive front and has the explosion if not the raw power to unsettle both tackles and guards. He is a good fit for a 3-4 defense and should come into the rotation immediately. At that point in the draft it was certainly a value selection.

Further resources were thrown at the receiver corps on the Saturday of draft weekend and a much needed addition of speed entered the group. Calvin Austin III is undersized at 5’9, 162lbs but could have a gadget type role early in his career. With Claypool, Pickens and Diontae Johnson the starting trio, Austin certainly adds another dimension while also providing special teams ability.

“An unranked recruit out of high school. It’s safe to say that it took Austin III a little while to get going as he was used sparingly in the first two years in Memphis, targeted just 19 times. In the past two years however he has established himself as the Tigers main playmaker, 137 targets across this span for 2,202 yards and 19 scores in the end zone. Over the past two years he has established himself as one of the top wide receiver prospects in the class. Could he be the next Tyreek Hill? Just like Hill, he is a small receiver with olympic level speed and is a calculated route runner.” 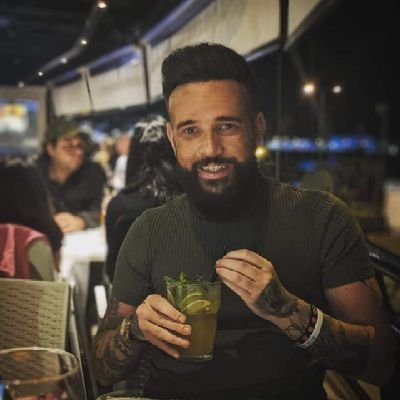 The selection of Connor Heyward was a no-brainer. In the sixth-round it made a lot of sense and the team no doubt had Connor’s biggest cheerleader in house, in the form of older brother Cam. Heyward is a versatile piece, who will give you plenty of options. He can block, play as an RB in short-yardage situations or line up as tight end. As always with sixth rounders, special teams is likely his quickest route to the 53-man roster.

SEC linebackers often find the backend of NFL rosters and Mark Robinson may be no exception. The Ole Miss ‘backer was originally a running back but moved to defense in 2021. It will be a steep learning curve but the position has been a bug bear in recent years for the Steelers and they have chucked a few darts this year in an attempt to find a long-term answer.

One intriguing name is Chris Oladokun, the QB out of South Dakota State, he generated some buzz late in the process and could be a candidate to stash on the practice squad. Trubisky and Pickett will be the top two names but could Mason Rudolph’s time in the Steel City be up? Giving Oladokun a glimmer of hope for an NFL roster spot.

One To Watch: George Pickens

The pick of the bunch for me appears to be George Pickens. High end talent whose injury history and off-field demeanour caused a fall on draft day. If you can harness the positive aspects of his play style he has a real opportunity in Pittsburgh.

Pickens should be an immediate starter, and defensive opponents will likely have to scheme for the sure-handed Diontae Johnson and big-bodied Chase Claypool. Could Pickens turn that into an offensive rookie of the year campaign? Perhaps.

Chris Steele is an intriguing prospect out of USC. He has an ideal athletic profile for the position but the tape and production didn’t match up. The Steelers brought Levi Wallace across from the Bills but the position still feels light, Steele could be an outside contender for a backup role in year one.

Offensively, former Alabama guard Chris Owens is battle-hardened from his SEC days and has the ability to play every position on the offensive line. He too, should be aiming to get a backup role if possible.

On the face of it, another solid draft from the departing GM Kevin Colbert. The hope being that he found the long-term successor for franchise legend Big Ben. Pickett will ultimately be the litmus test for this class but elsewhere they added plenty of talent.

The biggest concern will be the lack of additions along the offensive line. The Steelers clearly felt the free agent signing of James Daniels was enough. However, there are question marks at tackle and Pickett’s college tape shows that he does get jittery in the face of pressure. If the line doesn’t hold, it could be a rough start to the signal-caller’s career.

Defensively, the Steelers feel in good shape and that was clear from their single selection on that side of the ball. That could prove short-sighted if they continue to struggle finding answers at the cornerback spot.

formerly writing for the inside zone, rory will be breaking down college tape and keeping you up-to-date with all things CFB for the touchdown. an avid bengals fan, you can also find some of rory’s work at stripehype.c

END_OF_DOCUMENT_TOKEN_TO_BE_REPLACED
Get 20% off PFF ELITE and prepare to win in 2019!